Not Just For Fun 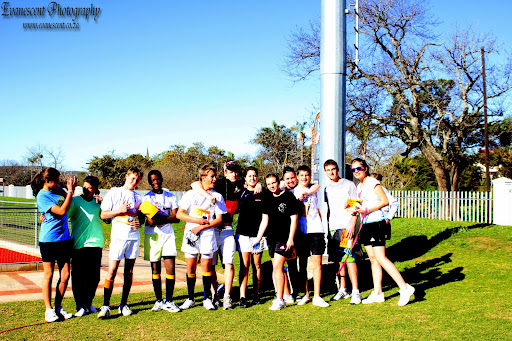 Participants in the RAVE Run/Walk
Grahamstown

It was the perfect day for a walk. The sun was shining for the first time in a long time and I was actually starting to feel hot in my long sleeved black shirt, hot enough to wish that I had worn something more along the lines of what everyone else was wearing. On this occasion, that happened to be tank tops and shorts, and considering how cold it has been in Grahamstown recently, the fact that I wanted to follow suit says something. 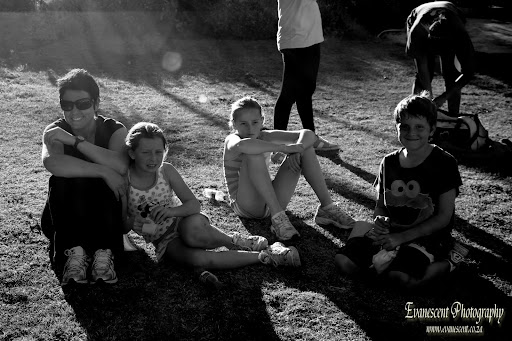 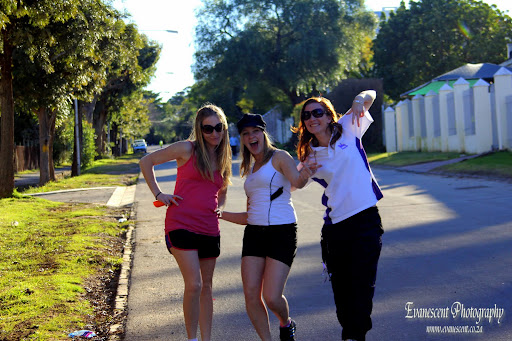 Of course, these people were wearing tank tops and shorts for good reason. They were being sensible, understanding that running or even walking five kilometres in a long sleeved black shirt and jeans was not going to be comfortable. And each and every one of the people surrounding me was intending on walking five kilometres. I could tell from the bright orange cards around their necks, the cards that singled them out as participants in the RAVE Run (or Walk). 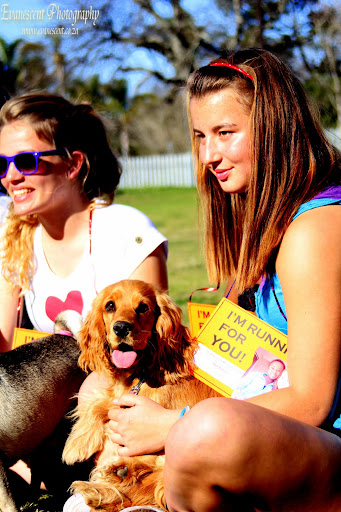 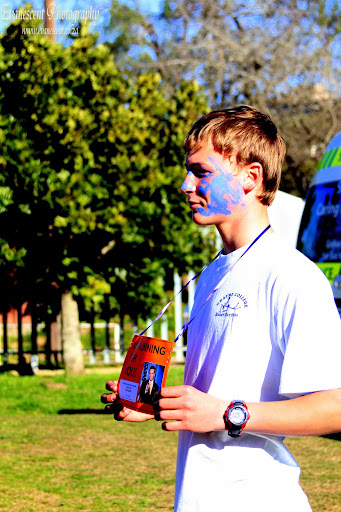 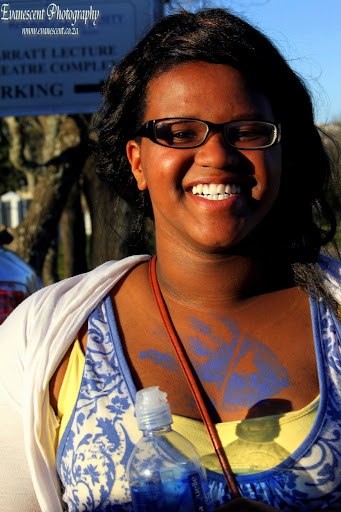 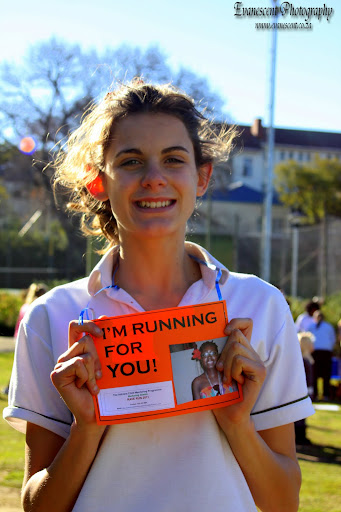 The RAVE, or Respect And Value Everyone walk was in aid of the Adinkra Child Mentoring Programme, a programme founded by Danielle Djan which pairs children from disadvantaged background with Rhodes University students in order to benefit them both - the children by providing them with role models and people to look up to, with people to help them through their tough times and show them that there is a light at the end of the tunnel; the students by providing them with a purpose, with someone they can inspire and giving them a reason for being inspirational. It was appropriate then that the orange cards that people were wearing around their necks had a space on them for a photo to be pinned besides which, in bold black letters, were the words: "I'M RUNNING FOR YOU!" 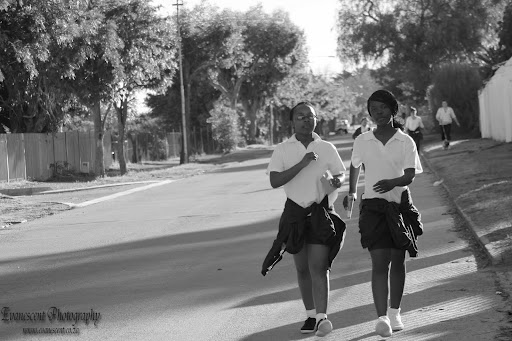 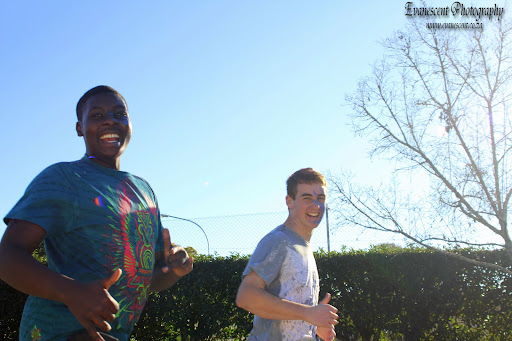 Considering that I had heard nothing about the walk before Mike had phoned me on Sunday morning, I was quite surprised at the large outcome. Over 100 people were there and ready, orange cards around their necks and paint on their faces. Most of them were young - either from the schools in the area or in their early University years, but there were a number of locals as well - families who had come to walk together, mothers and daughters, fathers and sons and members of the Run/Walk For Life organisation, all ready to get running and walking for a cause. 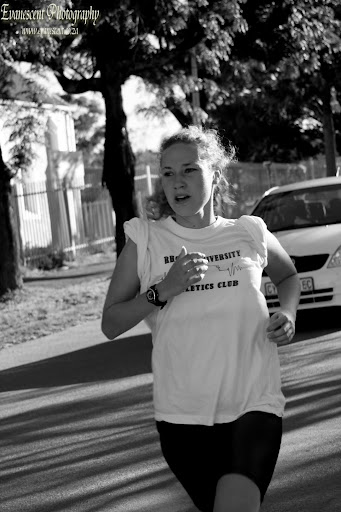 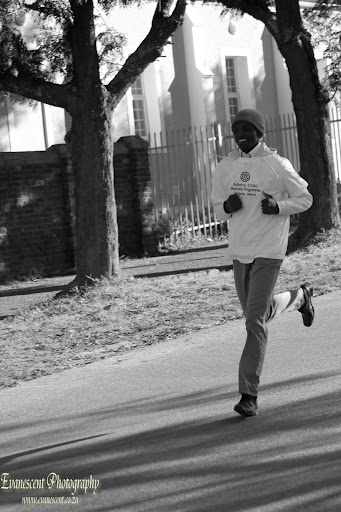 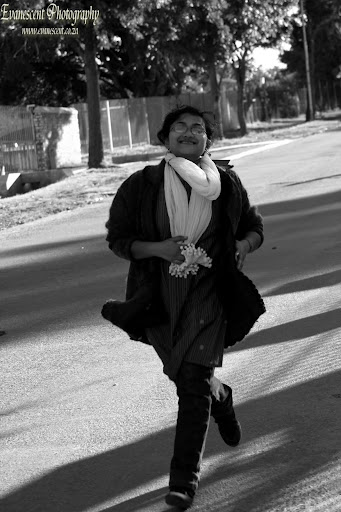 As the marshalls were placed along the path, ready to direct both the runners and any traffic that they might encounter, the participants started stretching their legs and getting ready for the starting sprint. By 3pm, they were off. Some started full speed ahead, others slow and steady, but all had a sense of purpose to their stride - they weren't just walking. They were marching, protesting, supporting and encouraging. They were inspiring. At the end of the day, it didn't really matter who came first, second, third or last. The prizes at the end were not the purpose for anyone participating. It was all about the meaning behind the walk, all about the message that they wanted to spread. And with every car that drove past, every van that was stopped to let a participant through, it was working. People stopped and stared. People questioned, And that was the point. 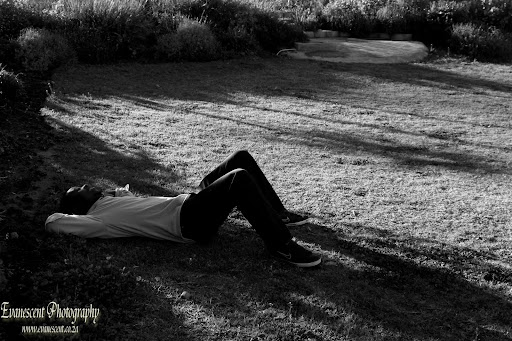 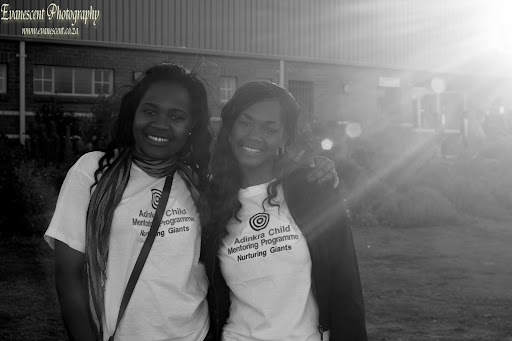 An hour and a half later, the final woman walked through the gates and the walk came to an end. Sure, there wasn't the turn out that some had imagined. There was less enthusiasm than had been expected. But curiosity had been peaked. I suspect that next year, there are going to be a lot more people walking through the streets of Grahamstown. And whether they run or walk, you'll certainly be noticing them.
Posted by Unknown at 8:04 PM