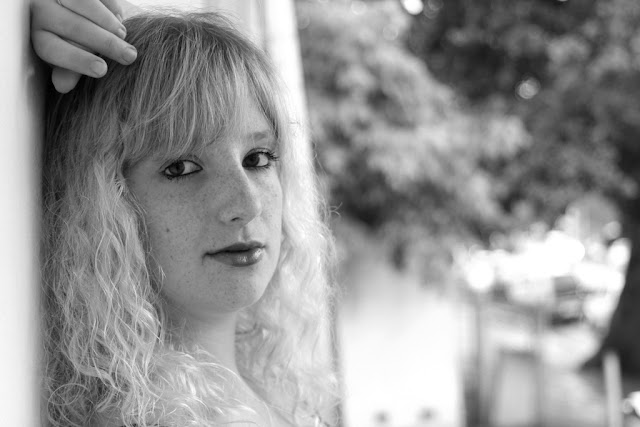 Grahamstown weather is completely atrocious. One minute it will be boiling, the next it will be thundering, pouring and freezing. This is why you need to take the good weather when it comes and roll with it.

Unfortunately, you cannot always control what weather you are going to get and when you have a chance to take advantage of it. Take yesterday for example. I knew that I had a photo shoot to do. I knew that I was going to want to get the best light possible, and I knew that it was going to be just before sunset, so I arranged the shoot for 4pm. When I looked out the window at 12, it was a perfect, beautiful, blue-skied day. When I looked again at 3, it was cloudy and drizzling. By 4 it was storming.

So what was I supposed to do? Postponing was out of the question. My month is looking disastrously busy with a move around the corner, and it wasn’t just me with a busy schedule. Debbie might be leaving town as early as next week or as late as the first week of December. I work during the week and get back too late to arrange an evening shoot. It was going to be now or never. I packed up my camera gear and drove to pick her up.

We needed to find somewhere undercover with enough light to allow for a great portrait session. The point of the shoot was for Debbie to get some head and full body shots to send out for potential acting gigs, and that meant that the photos needed to be clear and bright, preferably on a plain background. Of course, if I had a studio this would not be a problem at all. But, alas, I do not (right now…) Instead, I had to make do with what I could find.

Our first attempt was the Drama department. It was a Sunday, so I figured that it would not be too busy and where better to take headshots of an actress than on her stage. Only, the stages, to our dismay, were all locked. We did manage to find an open rehearsal space, but it was not ideal. So much for the blank background – instead there were wooden beams, practice bars and mirrors, mirrors, mirrors. Which were great for some shots, but not quite the kind that we were looking for.

Next we decided to try the Monument, but alack, it too was closed. We considered the Botanical Gardens, but with the rain coming down, it certainly wasn’t my first choice. And so we drove around town looking for something, anything that would work. And then, while we were driving, we saw a white wall. It was plain, it was slightly undercover and it belonged to a shop that was closed, meaning that we wouldn’t get into too much trouble for using it. We jumped at the opportunity. I parked my car and we ran through the rain, up some stairs to the covered area. And, it turned out to be kind of perfect. The floor was not ideal for the full-length shots, what with it being bright purple and all, but the headshots and the upper-body shots worked out better than I could have asked for, and the full-length shots, even with the bright floor, were not bad at all.

We didn’t want to give up, however. The rain was relenting ever so slightly, and Debbie convinced me that she knew of a place in the Botanical gardens that was slightly undercover. We made our way there, and it was great! There wasn’t quite enough cover for the two of us to be under it, but I could keep my camera dry while Debbie got wet (which she was happy to do) and pose for some shots with a background of bushes and trees. These ended up being the fun shots, as she let down her hair (so to speak) and starting playing around, laughing, jumping and generally having fun in the rain until she was soaked and I had a good number of photos to work with.

It usually takes me awhile to get through editing my photos, even when it is just quick touch-ups. There are usually other things to do, and Sunday was no exception. I had 5500 words to write to catch up with my Nanowrimo aims, I had sleep to catch up on and, I won’t lie, I was still not feeling 100% after drinks from the night before. But I was also excited about the shoot that I had come from. I wanted to see what I had to work with, and it turned out that there wasn’t too much work to be done. An hour and a half later, editing was finished and I was mailing the client a link to get her photographs downloaded.

So what is the moral of this story? Where there is a will, there is a way. Or something like that. Even when circumstances aren’t quite right, don’t give up. You can always find a way to get the shots that you need, even if it isn’t a way that you would normally have thought of. Get inventive and get shooting!
Posted by Unknown at 2:32 PM