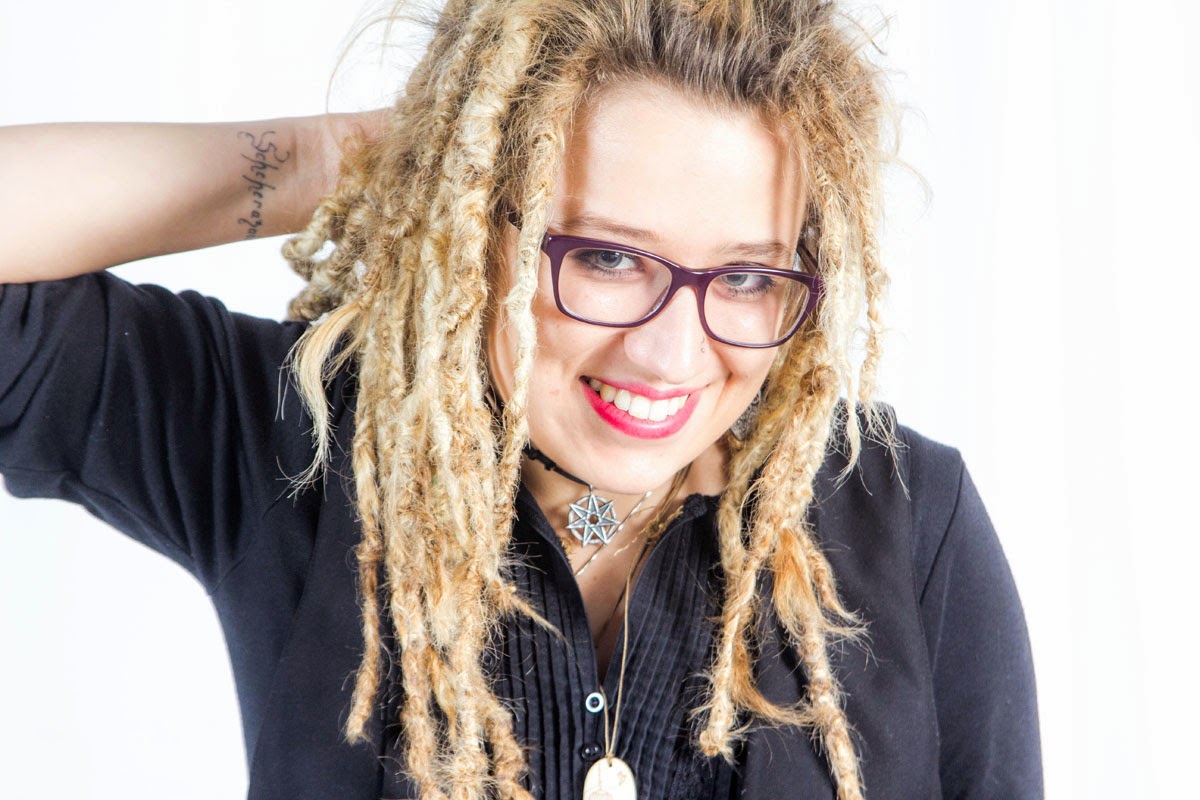 
I'd never noticed the tattoo before - the font that twirls around itself to tell a story just like its namesake. Though it's not loud or bold, it speaks volumes about its owner. "Scheherazade" it reads. The storyteller.

As she pivots herself on the edge of the chair, as her hair sways back and forth and as she lies on the warm white rug, Amy Goodenough tells me her story through the way that she moves and the ring of her laughter. I have known her for years, but it feels as though this hour spent in the studio has granted me some kind of insight into her person that I didn't have before.

She reads through her favourite book, selecting passages to read aloud to me. They are passages that I have heard before, but hearing them in her voice makes all the difference, and the words ring through the studio leaving their echoes in my memory so that each time I think of Lemony Snicket, my mind will immediately jump to this afternoon spent together. 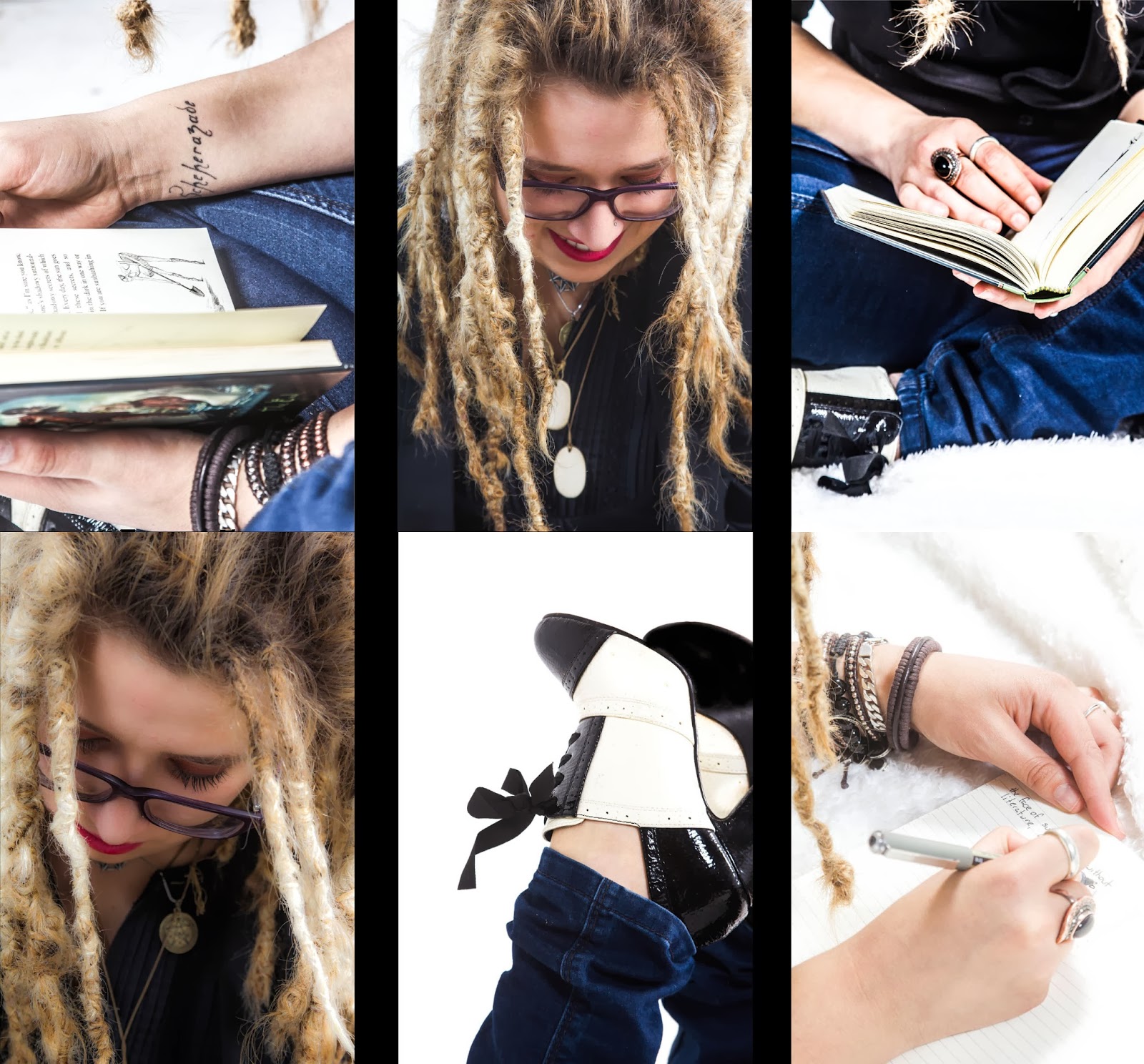 As she writes in her journal, I watch her hand fall across the page, her concentration, her word weaving, and I am left in awe. I cannot think of a tattoo more apt for her than Scheherazade, and I will think of her ever more as the story teller.