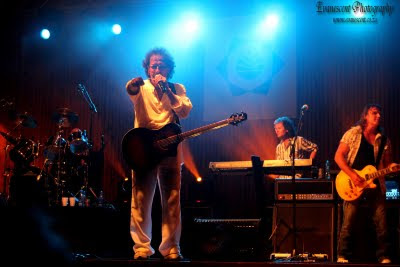 My childhood was filled with music, whether it was listening to it and singing along (much to everyone's annoyance) from the backseat of the car or trying to drown it out as it drifted through the wall that separated my room from my older sister's. I have fond memories of music, and one of the first songs that I remember singing along to was Smokie's Living Next Door to Alice. As I grew older, my music tastes started to change a little, and I started getting more used to the kind of music that drifted in from Cherie's room, but there was always a special place in my heart for Alice, and to this day, when the song comes on the radio I will turn it up and belt it out along with the band. Yet, when Grant suggested that my birthday present should be going to the Smokie concert with him and his brother, I was more than a little dubious. Sure, I loved Alice and a couple of the other songs that I had heard by the band, but I was hardly an expert on their music, and only knew one or two songs overall. I decided that this time, I would rather pay my own way than have it as my birthday present - that way, if I didn't enjoy it quite as much as the boys (who are HUGE Smokie fans), it wouldn't be as much of a disappointment as it would have been had this been my birthday present from my loving boyfriend. 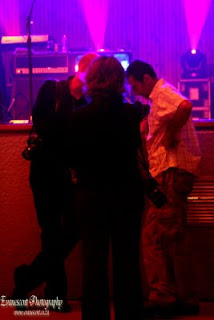 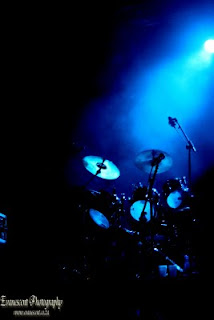 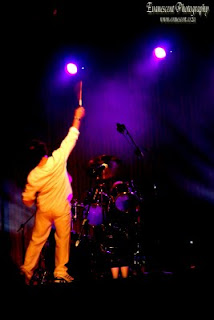 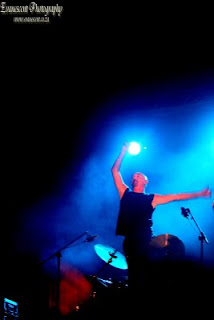 There is nothing quite like a live concert. I have been to a couple in my time - from Westlife, Enrique and Avril Lavigne in my younger years, to the Parlotones, Seether and Just Jinger during my university years and culminating in my Mika experience in Seoul last year. The vibe that a live concert gives off is energetic and infectious, so much so that regardless of which band you are seeing, whether you like their music or not, you end up loving it purely because of the atmosphere. As we got into the car to start the roadtrip to Port Elizabeth (where the concert would be happening) and we started blasting some of the classic Smokie tunes, I started getting a little excited, and the excitement only mounted as we arrived at the Nelson Mandela Metropolitan University Sports Centre and found our practically perfect seats (second row from the front, just about in the middle). As the warm-up artist came on, I started singing along to his pretty good Elvis covers, and the excitement inside me reached its full potential as the band came onto the stage (though the full potential of my excitement for Smokie was nowhere close to Shaun's, who started screaming rather loudly in my ear). 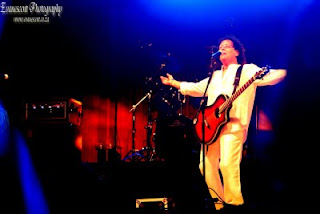 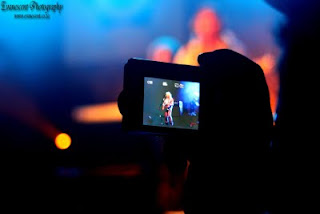 "Baie dankie," Mike Craft shouted in his thick British accent, having completed their first song of the night, an unfamiliar one for me. "They keep saying that to us," he explained. "Buy-a-donkey. So now we have tons of them back stage! We don't know what to do with them!"
A giggle spread through the hall, the audience chuckling to themselves and cheering as the next song started. Considering that none of the band members are spring chickens, the energy and enthusiasm that emanated from them was astounding. Each band member posed in turn for the photographers standing in the front, snapping away furiously and trying to get the best angles. Each member's personality shone through as the leadman jumped onto the raised platform and started hitting the drums; the drummer started leaping up and waving his hands or swaying a lighter back and forth; and the bassist (the only original member of the band) started swaying his hips and swinging his silver hair from side to side. 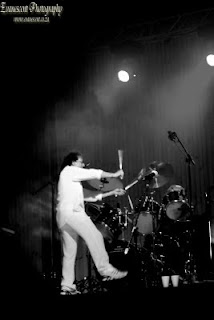 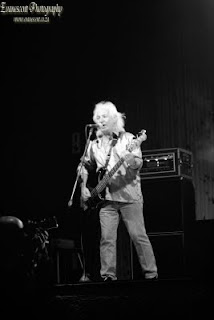 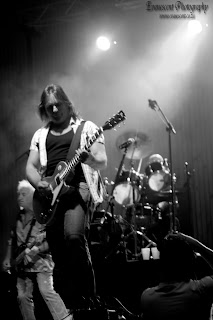 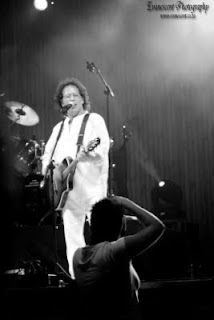 The band were not the type to sit back and ignore the audience, acting as though they were in a league of their own as so many artists tend to do. When someone got up to go to get a drink, the lead singer would ask what they were getting; if someone came back from the bathroom, he would ask if it was good. Embarrassing as it must have been for the people involved, it added to the entertainment for the rest. This, I thought to myself, is what bands should be like. There should be none of this separatism, none of this holier-than-thou rubbish that artists today think that they are entitled to. This is something that Smokie seems to understand - music should be for the people. It is the people who will buy your albums, and you should take note of them and appreciate them. Treat your audience like old friends rather than strangers and you are sure to get further than if you act like they are the devil incarnate. 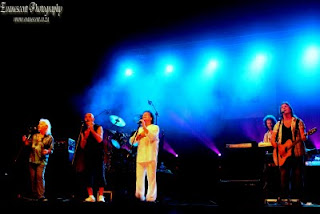 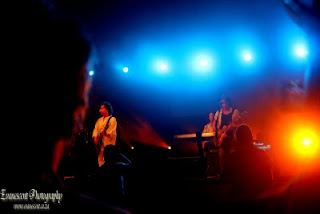 The show came to a quick close with all of my favourites (or all the songs that I know of anyway) being played including Mexican Girl, Needles and Pins, Don't Play Your Rock n Roll and, of course, Living Next Door to Alice. By the end of the show, people were dancing in the aisles and in the section in front of the stage and the band were wandering past grabbing hands and high-fiving left, right and centre. 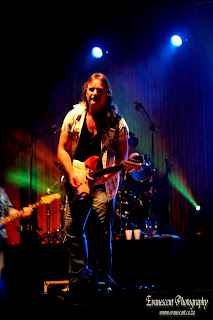 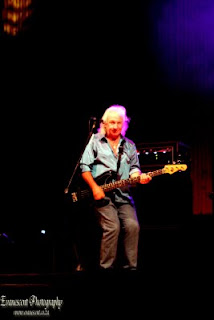 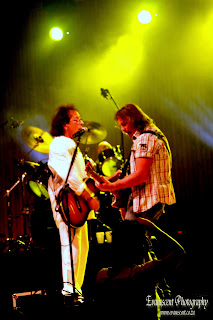 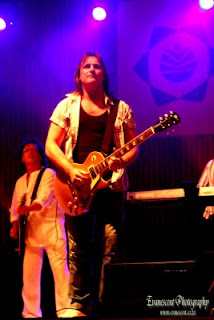 As the band left the stage for the final time (after being called back for an encore) Grant, Shaun and I made our way to the bar to get a final round of drinks and avoid the rush for the parking lot.
"What did you think," I asked Shaun. His ticket to the concert was his birthday present from Grant, and I wanted to make sure that he had enjoyed it.
"The best concert I've ever been to," he announced without hesitation. I was quite surprised. Shaun had been to a lot of big concerts.
"Better than Billy Joel?"
He nodded.
"Better than Elton John?"
He nodded emphatically.
"Best concert I've ever been to," he repeated as he stared at the stage as though willing them to come back on just for him.
Posted by Unknown at 5:56 PM