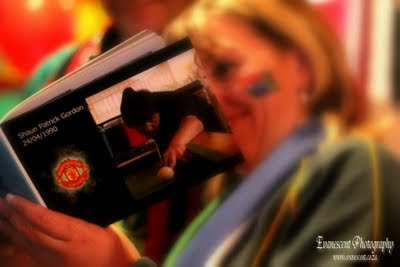 Twenty One. The doorway into the world of adulthood, where you can no longer use your age as an excuse for your ignorance. Also, it's a helluva good excuse for a party. 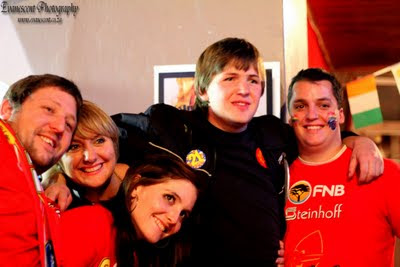 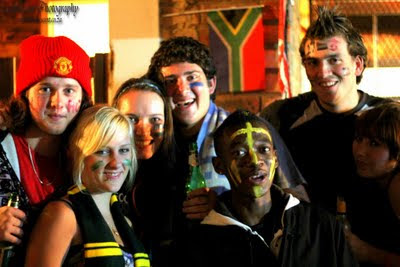 "Here's to Shaun! He's so blue! He's a drunkard through and through! He's a bastard, so they say! Tried to go to heaven but he went the other way!"
The chorus rings through Olde 65, practically shaking the walls as Shaun tries to down the toxically green drink.
"Come on," he begs, but the crowd refuses to relent, only giving up once he's halfway through and its obvious that he is going no further.
"Do you think he's going to make it till midnight," someone asks me, and I only need to take one look at him before I answer with a resounding NO. 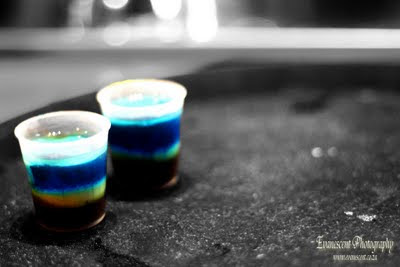 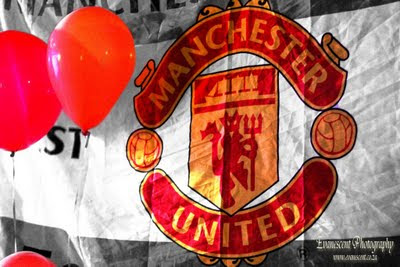 As the festivities continue, I make my way through the crowd, clutching my camera to me as though my life depends on it, hiding behind it whenever I see an opportune moment. A balloon that once acted as a punching "bag" drifts through the air amidst the rest of the sporting decorations. A Man United flag hangs proudly and prominently in the back room. Shaun rushes from person to person making sure that everyone is having the time of their lives. He doesn't want his special day to be a disappointment to anyone else, and that's just like him - as long as everyone else is happy, so is he. 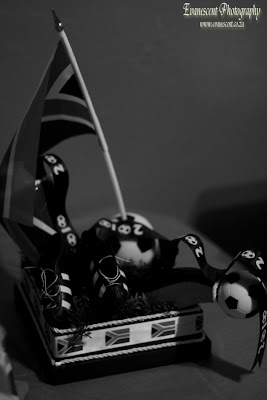 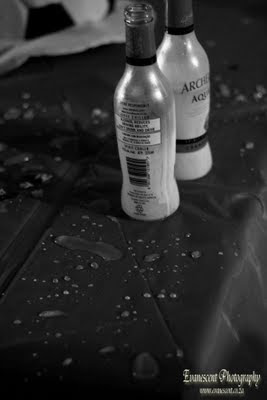 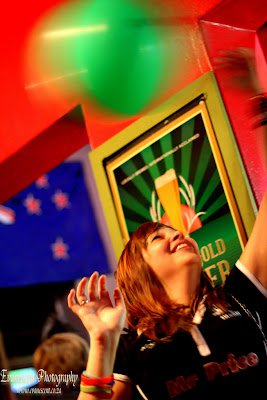 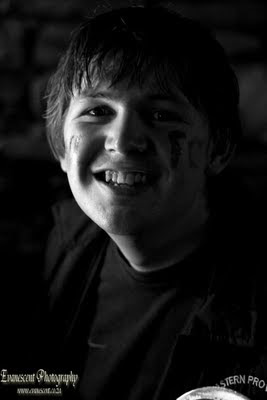 Jagerbombs, Springbokkies and Susans keep making the rounds along with the beer and alki-pops (or cheerleader beer as I like to refer to them), and yells of "BUFFALO" can be heard every few minutes, mostly emanating from Jeroen, a family friend visiting from the Netherlands who takes the "game" all too seriously. Droplets of spilled alcohol are sprinkled over the plastic tablecloths and wooden benches. A balloon lingers ever closer to a lit hubbly bubbly at the back as the music blares and the projector plays clips from memorable soccer games. 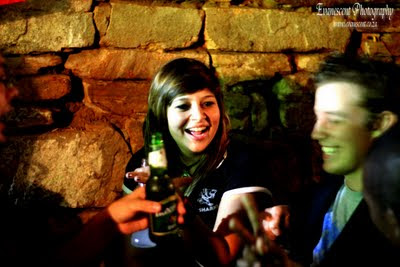 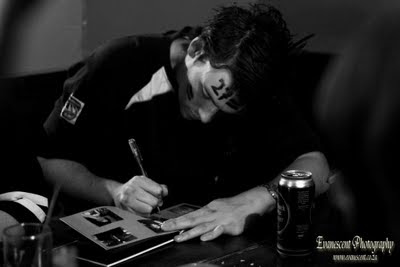 With midnight fast approaching, the older contingent of the party starts to fade without fading and I find myself a seat to collapse into in a spot where I can still take photos when they are needed. The young-uns are still having the time of their lives, and despite a short respite in his enthusiasm, Shaun is still raring to go. Calls for Friar Tuck's are heard as Olde 65 announces its closing, much to the relief of some (myself included). I may not be old, but I am definitely too old for Friars and the havoc that is contained there - overcrowded dance floors where you can't move and can't tell who it was that just pinched your ass. 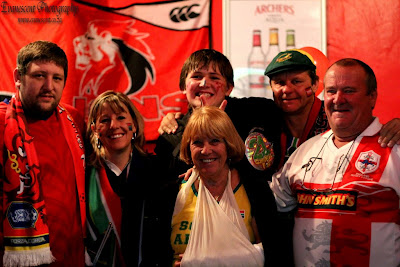 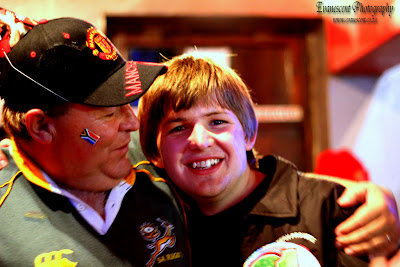 Leftover food is gathered into tin foil, decorations are carefully torn from the walls, tablecloths and paper plates are crumpled and thrown into waiting black bags as the venue starts to empty of its occupants. The faders are crammed into cars and sent on their way with the remnants of a party that will be left in people's memories for days, weeks, months and years to come.
Posted by Unknown at 4:41 PM