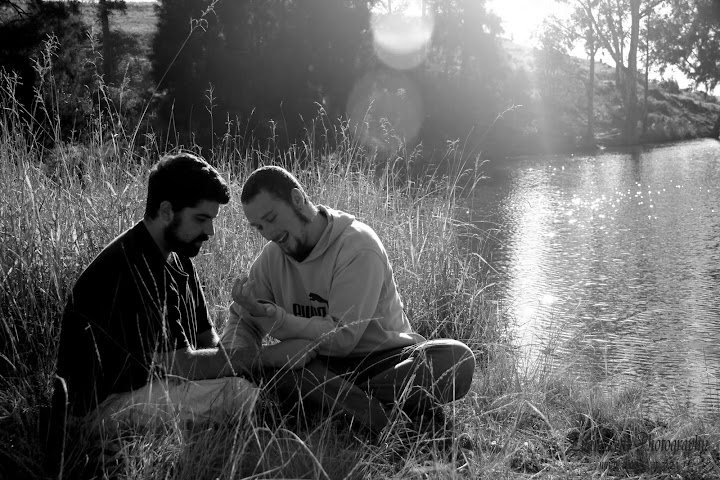 Pandas and Badgers are not the most likely of companions – one is cuddly, cute and eats bamboo, the other is ferocious and fierce and eats, well, whatever it can find. In this specific case, the Panda is a quiet introvert who enjoys sitting back to an episode of Glee while sipping on a homemade Cosmo while the Badger is an outgoing extrovert with an affinity to jocks who enjoys playing computer games while sipping on, well, whatever he can find (as long as it is not pink and in a martini glass). And yet, while opposites certainly do attract, they are not the polar opposites that you would expect. 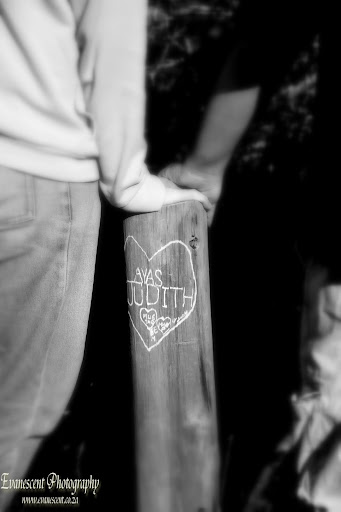 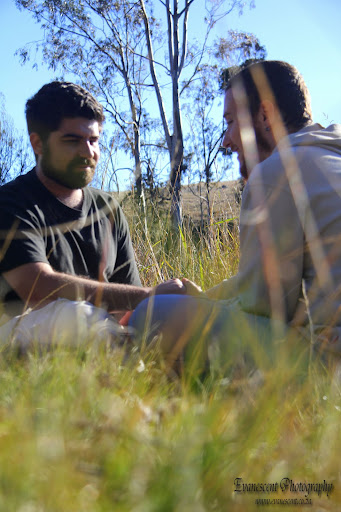 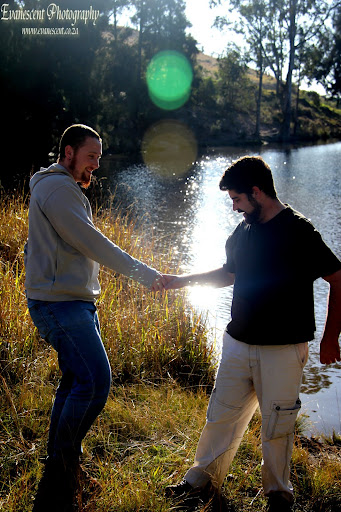 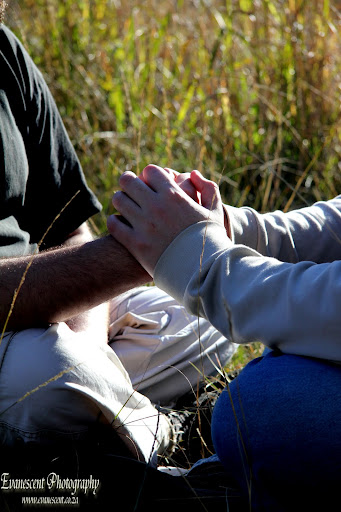 So what do a Panda and a Badger have in common? Well, they both look cuddly at least (and in this particular case, they both really are)! They both have a deep love for computers and computer related things (ie. Games). They both have me as a friend. And, most importantly of all, they both love each other. And that’s what really matters isn’t it? 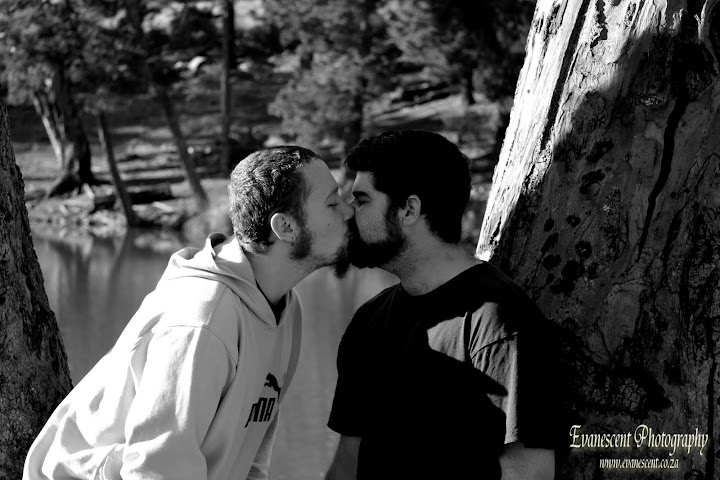 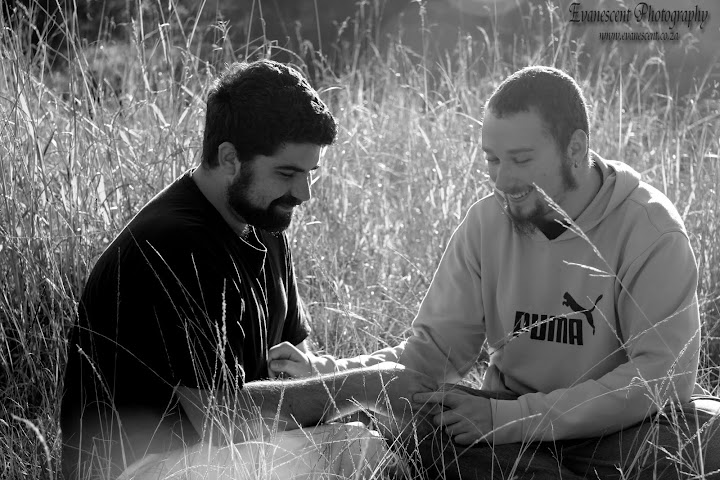 When Grant told me that there was a photography competition in the Grahamstown area, I knew that I had to enter it. When I heard that it had to be of two people of the same sex holding hands, I knew that it had to be Andrew (aka. Panda) and Adrian (aka. Badger). When I heard that Andrew and Adrian literally had no photos of the two of them together, I knew that I had to spread it out into a full-blown photoshoot. The problem was that I only had one lens (my 50mm prime) as my main lens is in the shops. Well, technically I had two lenses, but I didn’t think that the telephoto that I am borrowing from my dad would really be an appropriate lens for this shoot. And so, I made my way to the fantastically wonderful Paul Mills and borrowed one of his kit lenses – a 17-80mm wide angle that I am now incredibly jealous of. 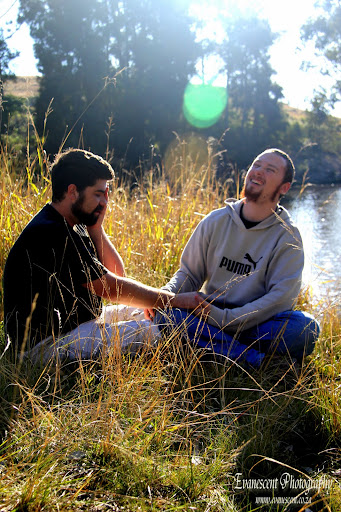 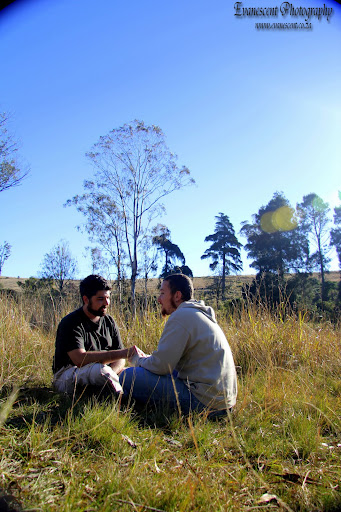 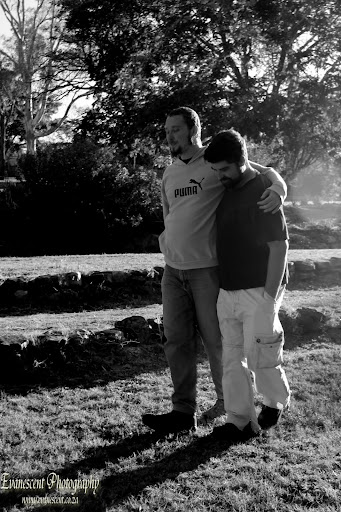 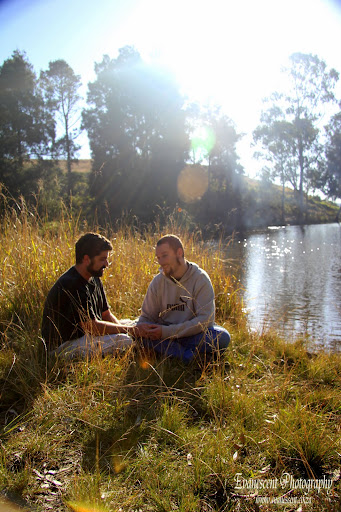 The competition involved taking photos of two people of the same sex holding hands in a public place, but as I sped through Grahamstown on Saturday afternoon, it was to find the city deserted. After the madness that was fest, it seemed that everyone had decided indoors was the place to be. Even Bathurst street, which is usually bustling on weekends with people trying to sell their wares was deserted. And so, instead of wandering the streets trying to find people to photograph the couple with, I decided to head to Grey Dam to get the photoshoot started. 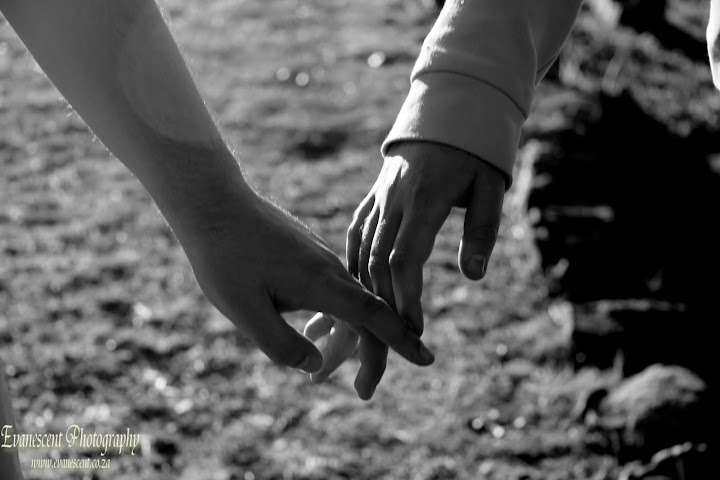 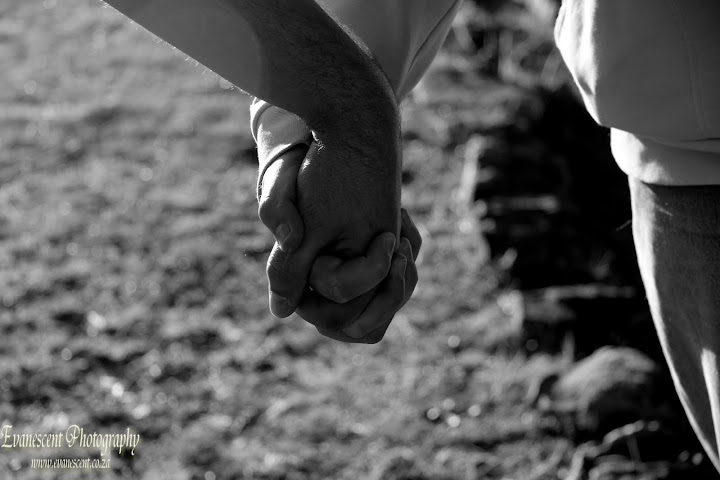 The weather couldn’t have been more perfect for a shoot – not a cloud tainted the blue sky, the wind was low and it was warm enough to wander around in short sleeved shirts without feeling either too cold or too hot. We were not alone in our idea to take advantage of the warm weather. As we arrived at Grey Dam, we struggled to find parking (and by struggled, I mean had to look for more than 10 seconds) between all of the 4x4s filled with families who had come to the Dam for a braai. We walked past these happy families and took a little walk down to the other side of the dam where the water clashed with the tall yellowing grass and made a beautiful setting for a photoshoot. 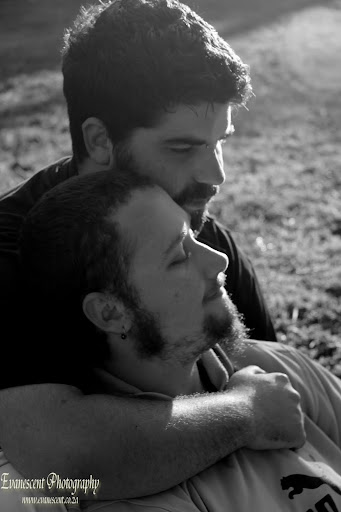 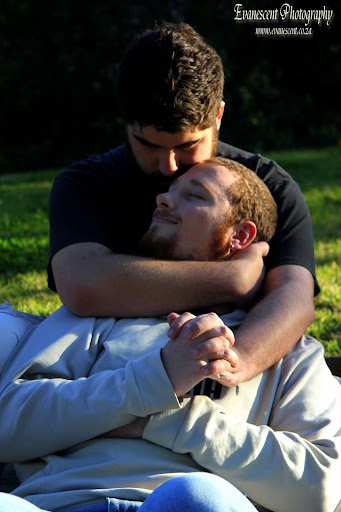 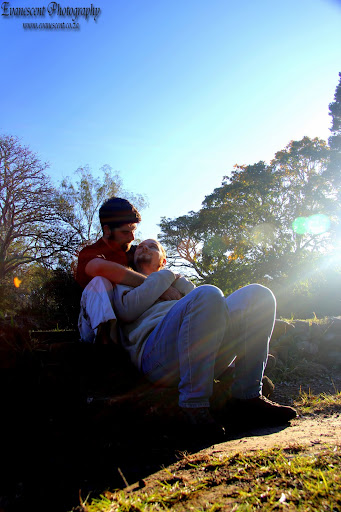 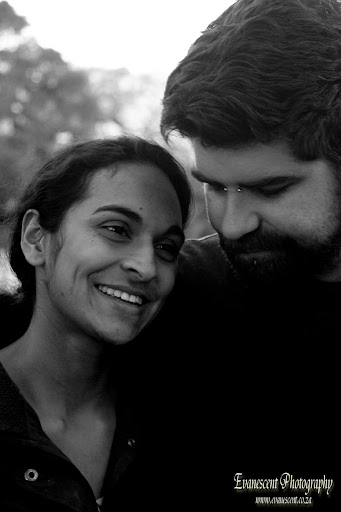 With the sun setting, we made our way to the second location of the day – the Botanical Gardens. There, despite a serious lack of people, I managed to snap some hand holding shots (not that they hadn’t been holding hands all day – I just had a very specific idea of the shots that I wanted to get.) As the two sat down on some steps facing the setting sun, their love for each other shone through and I was lucky enough to capture some of the clearly intimate moments between them before the subject of Minecraft was brought up. We took a walk through the gardens, bumping into many friends along the way, until the sun was truly on its last legs and I joined Andrew at his place for one last cocktail before making my way back home. 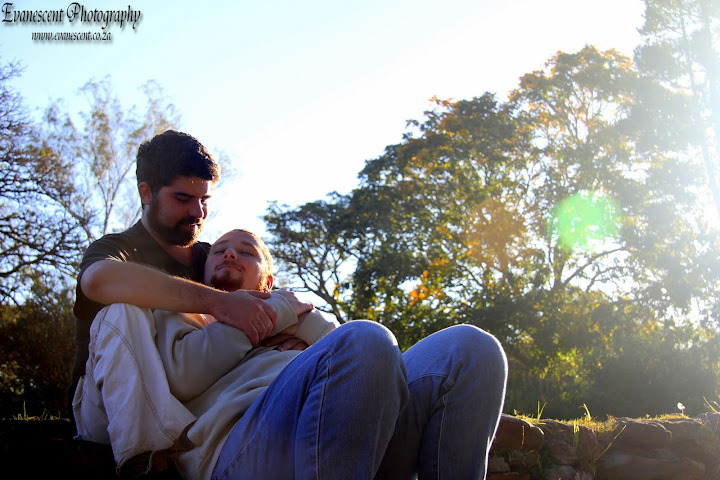 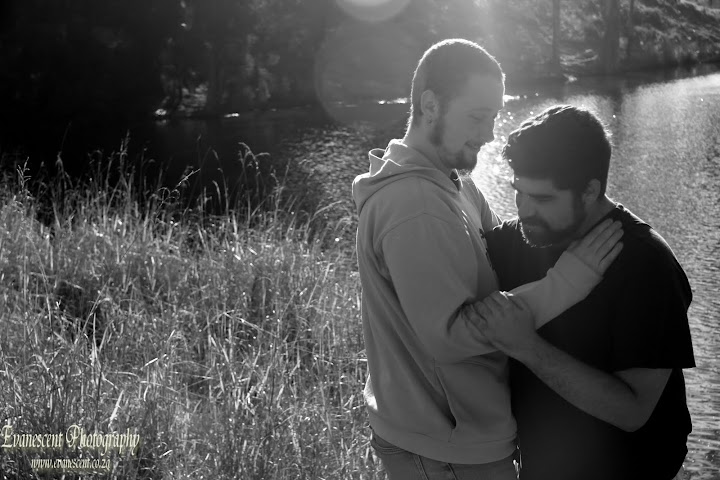 So, I might not have gotten a competition-winning shot, but I am certainly not too disappointed. After all, I got to spend the afternoon prancing around with a borrowed lens, playing around with my camera and taking photos of two close friends. What can be better than that?