So way back when I was in Korea and when this blog was still trying to be a daily photography project, I bought myself a little toy. Namely, a set of extension rings.

For those of  you going "huh?" let me give a quick explanation of what extension rings are. They are a very basic, very cheap tool for Macro photography. They are also very finicky. They really are more of a toy than anything, but they can be fun to play around with. Why get a set? If you are interested in getting started in Macro photography or just want to have some fun, they are cheap and get you looking at the world in a new way without spending thousands of rands or dollars on a lens. They work with any lens as long as it has a manual focus option. Why should you give them a miss? They require you to get very up close and personal with your subject - the focal range on them is tiny. They also require you to stand ridiculously still to get a clean shot. And this makes them difficult to use when trying to get decent Macro photos. 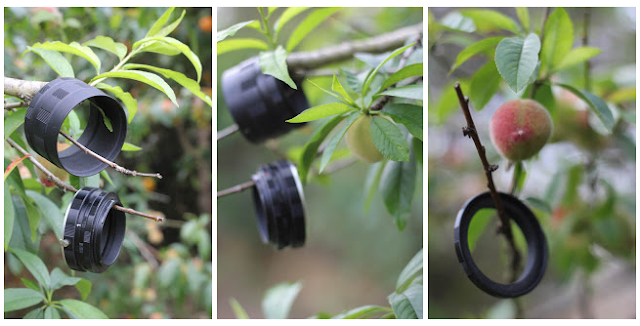 So now that I have explained, let me show you in more detail. I have done this before (see this blog post) but this time I used a subject which shows just how good the tubes can get. And, bear in mind, these photos have had no editing done to them. Purely out of camera. They were also all taken with a Canon EF 50mm 1.8 II at a shutterspeed of 1/40 and an aperture of F2.2.

Let's start with a photo without the rings being attached. This is the closest that I could get with my 50mm on its own. I chose a subject that would do well under large magnification, but it is not particularly interesting without the magnification. 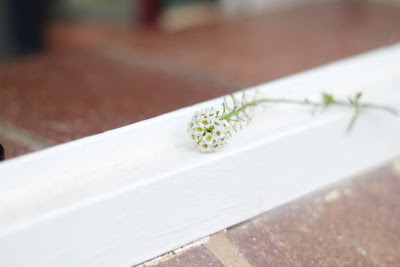 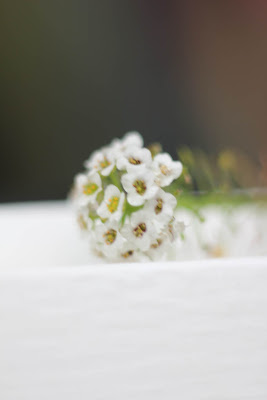 Next, I attached each ring one at a time to show the difference between each of the rings. They range in width and therefore in magnification, allowing you to go from a small magnification like the one supplied by just using the insets to a very big one by using all three rings at once. You can see how the flowers end up being magnified, but details start to get lost while the background fades away significantly. 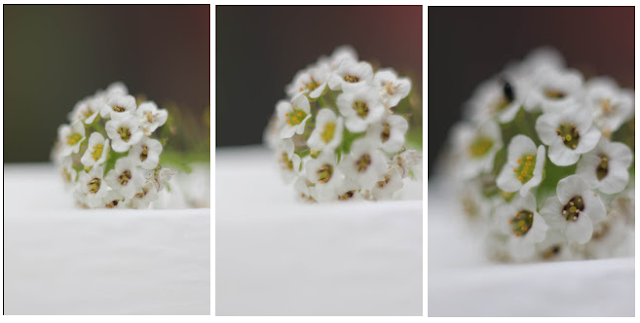 So up to this point, I was using each of the rings on their own, but they are obviously also meant to be used together to provide maximum magnification. So, this is what can be done when you have all three attached. 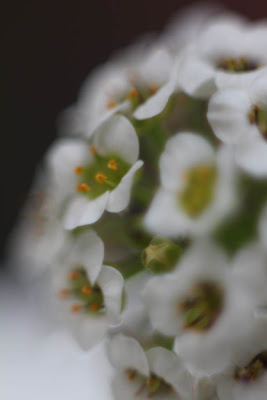 Overall, my extension rings are not one of the most used items in my camera bag, but they certainly can come in handy and they do make for a lot of fun as long as you are willing to put in the time and the effort. If you aren't patient, you are likely to walk away feeling more frustrated than anything else.
Posted by Unknown at 6:57 PM