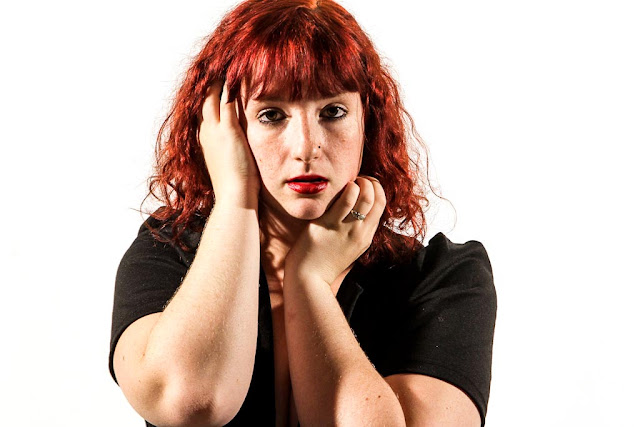 “Do I have to come in?”
“You don’t HAVE to, but I imagine that you will be pretty bored in the car.”

I can see her weighing up the options, clutching her coat tightly around her, and I can see why. With her fiery red curls and her ‘60s style dress and grey stocking, Debbie is looking far too sexy for a trip into Grahamstown’s Pick ‘n’ Pay, particularly on a Wednesday night with nothing else going on. It would be another story entirely if this were Trivarsity, or a weekend, or even just a Thirsty Thursday. But instead, it is a Wednesday night in the middle of the month and there is nothing happening. She joins me despite her misgivings, the neon colours just poking out underneath her black coat, not enough to raise any eyebrows. With the supplies for dinner procured, it is time to head home and let the fun begin.

Once in the safety of the garage, the coat comes off and the colours come to life. Her shyness dissolves under the studio lights, and the real Debbie, the one that I know and love, comes out. With each click of the camera, I can see her becoming more comfortable and, despite her attempts at keeping it serious, her fun side starts showing through. And so we take ourselves back to the disco era as I let the colours pop, knowing that I wouldn’t dare convert any one of these into black and white. Debs turns into a runway model, swinging her hips as she walks, running her hair through her hands and pouting in between giggles and smiles. Disco Debbie takes over, and she is a good icebreaker to say the least. By the first wardrobe change, Debs is back to being herself, her nerves no longer existent, and it’s time for her next role.

With a swish of colour and a swab of wine red lipstick, it’s time for Devious Debbie to strut her stuff. A figure-hugging black dress with a plummeting neckline shows off her figure, and the mood of the photos shifts accordingly. But, as I said, Debbie is a good actress and takes the change in her stride. The outfit highlights another side of Debbie's personality, but it is not one that she is entirely unfamiliar with. Before my eyes, I see her change into the sultry seductress that lurks belong her bubbly exterior. But even with the sexy librarian taking the leading role, I can still see my Debbie with shining through as we laugh and chat and I shoot away.

And with one final outfit pulled out of the bag, it is Delightful Debbie's turn. A short sleeved Oriental shirt to match her bright hair, a pair of worn jeans and sneakers mean that it's time for Debbie's most natural role, the outfit and the personality that she will wear for the rest of the evening. This time it's all laughter, and Grant comes and pokes his head in the door to see what is going on, not used to me being so loud when I am working. Puddims takes the opportunity to push his way into the spotlight, and Debbie far from objects, taking the chance for a new kind of pose.

"And," I ask as the night draws to a close, as I turn off the lights and plunge the studio into darkness, hardly reminiscent of the room that we have spent the last hour and a half in. 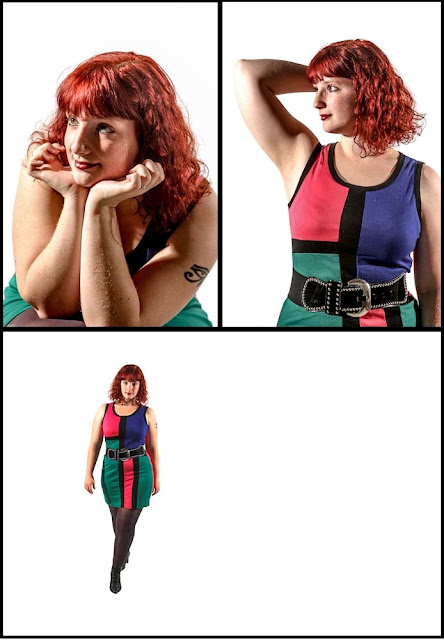 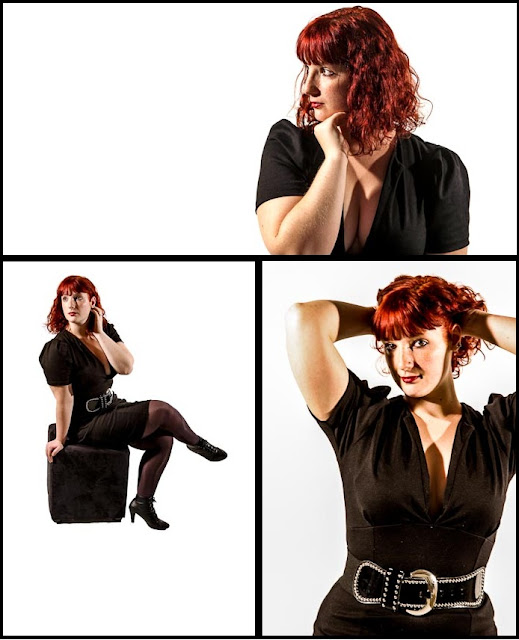 The smile on Debbie's face says it all.
Posted by Unknown at 6:56 PM