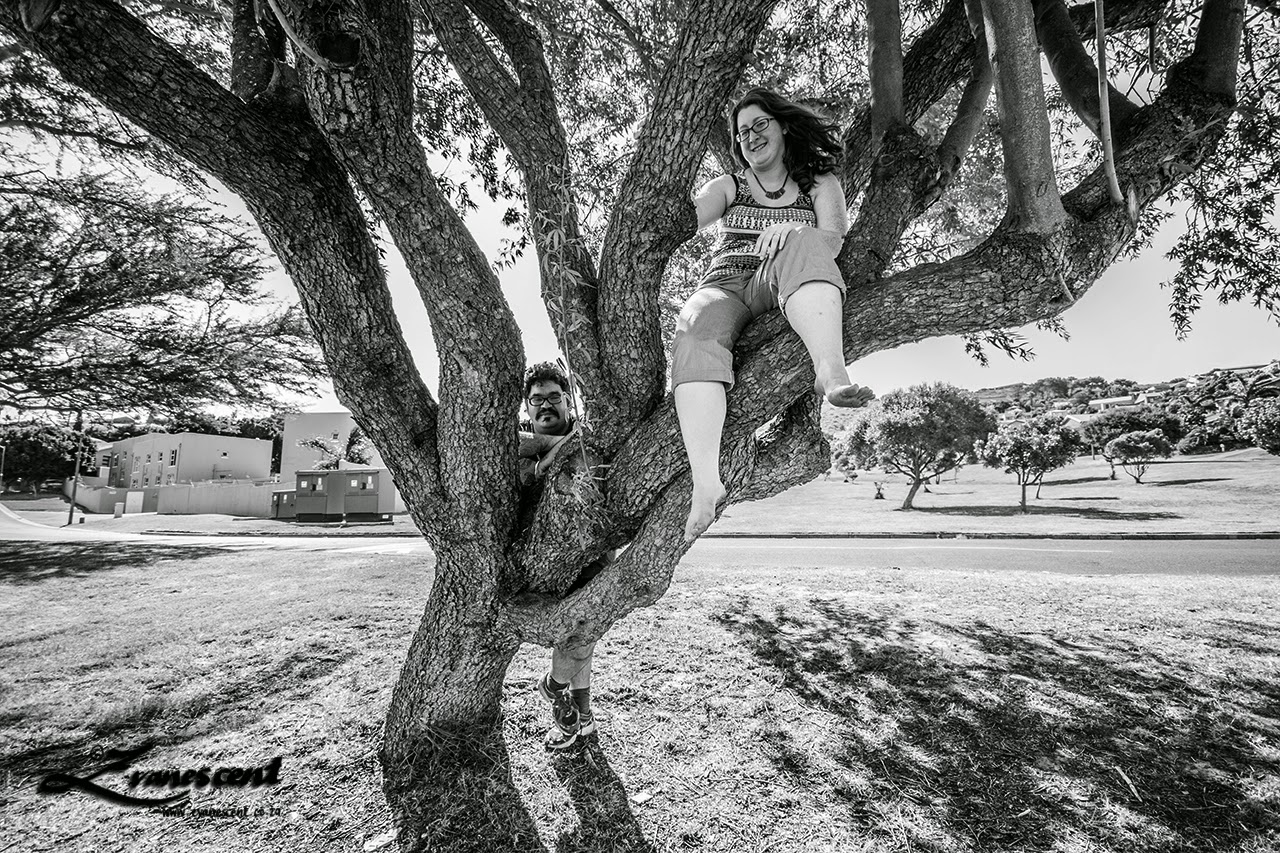 Monique and Verne are a playful couple. Mostly I've known them to love playing computer and board games, but it was the playfulness between them that stuck in my mind when I was trying to think of somewhere in Cape Town to do a couple shoot with them. I grew up in Cape Town, right up the road from where the two of them were staying, and all that kept running through my head was the idea of playgrounds. So we found one!

At first there was a bit of hesitation, both Verne and Monique not being used to being in front of the camera. But before long, all the awkwardness was forgotten and it became an afternoon of fun and laughter. From tyre swings to tiny slides, roundabouts to seesaw horses, there was a lot of talk about childhoods spent in parks and memories coming up left, right and centre. To top it all off, we found a perfect tree for climbing, and Monii graciously volunteered! 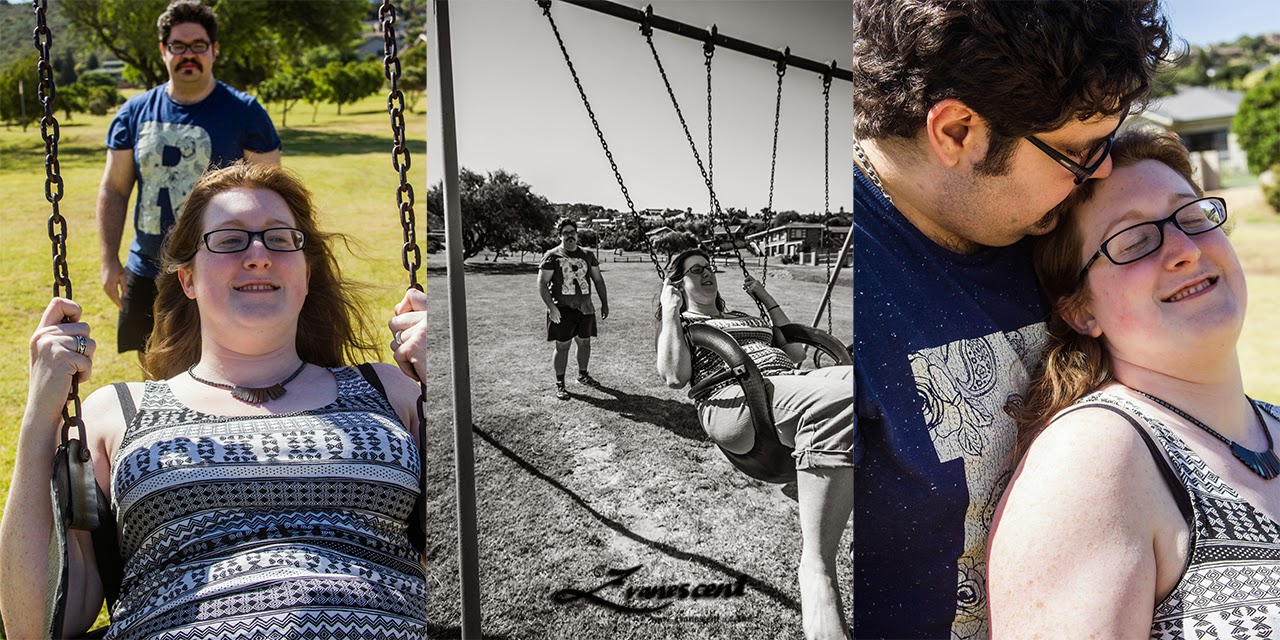 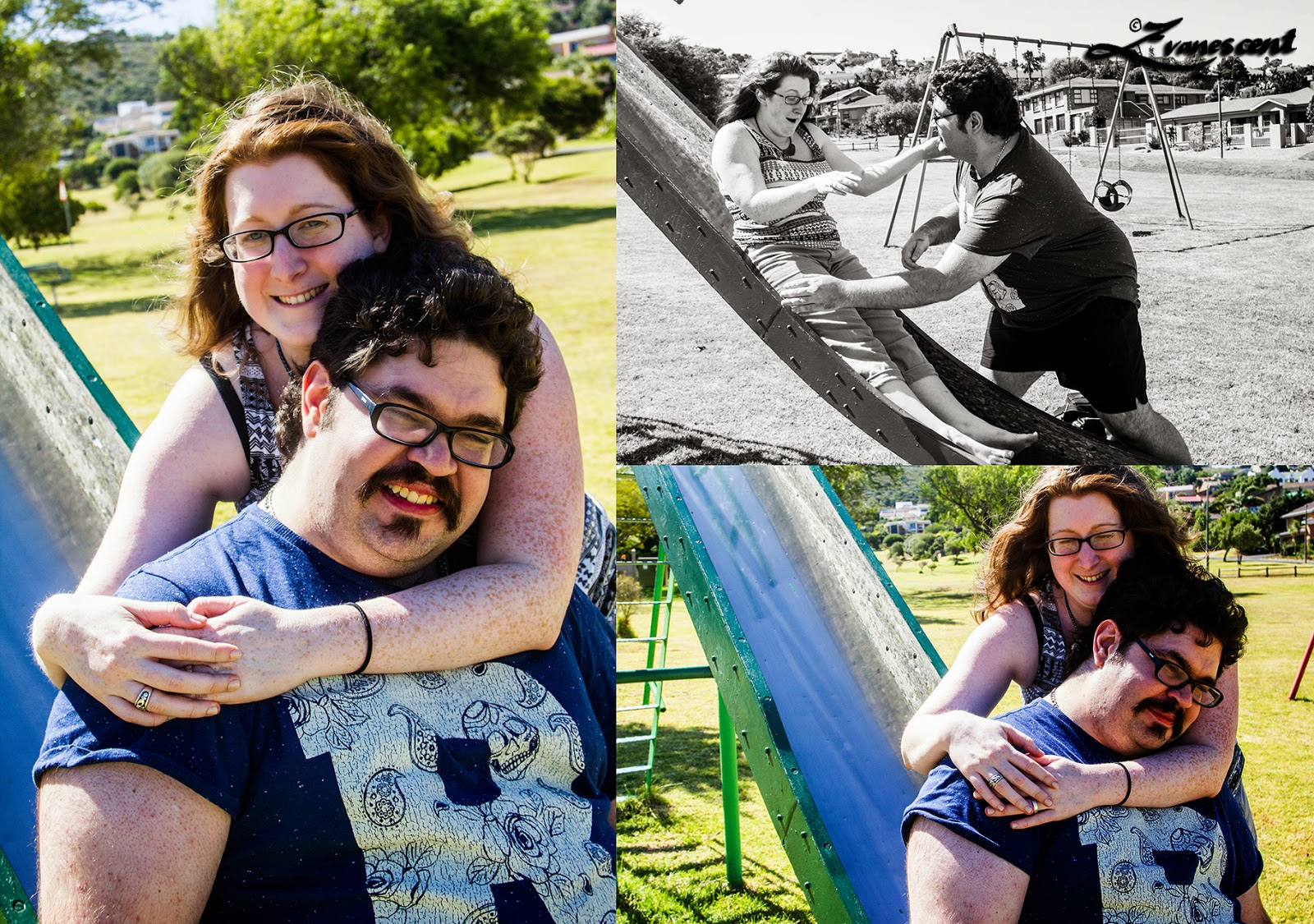 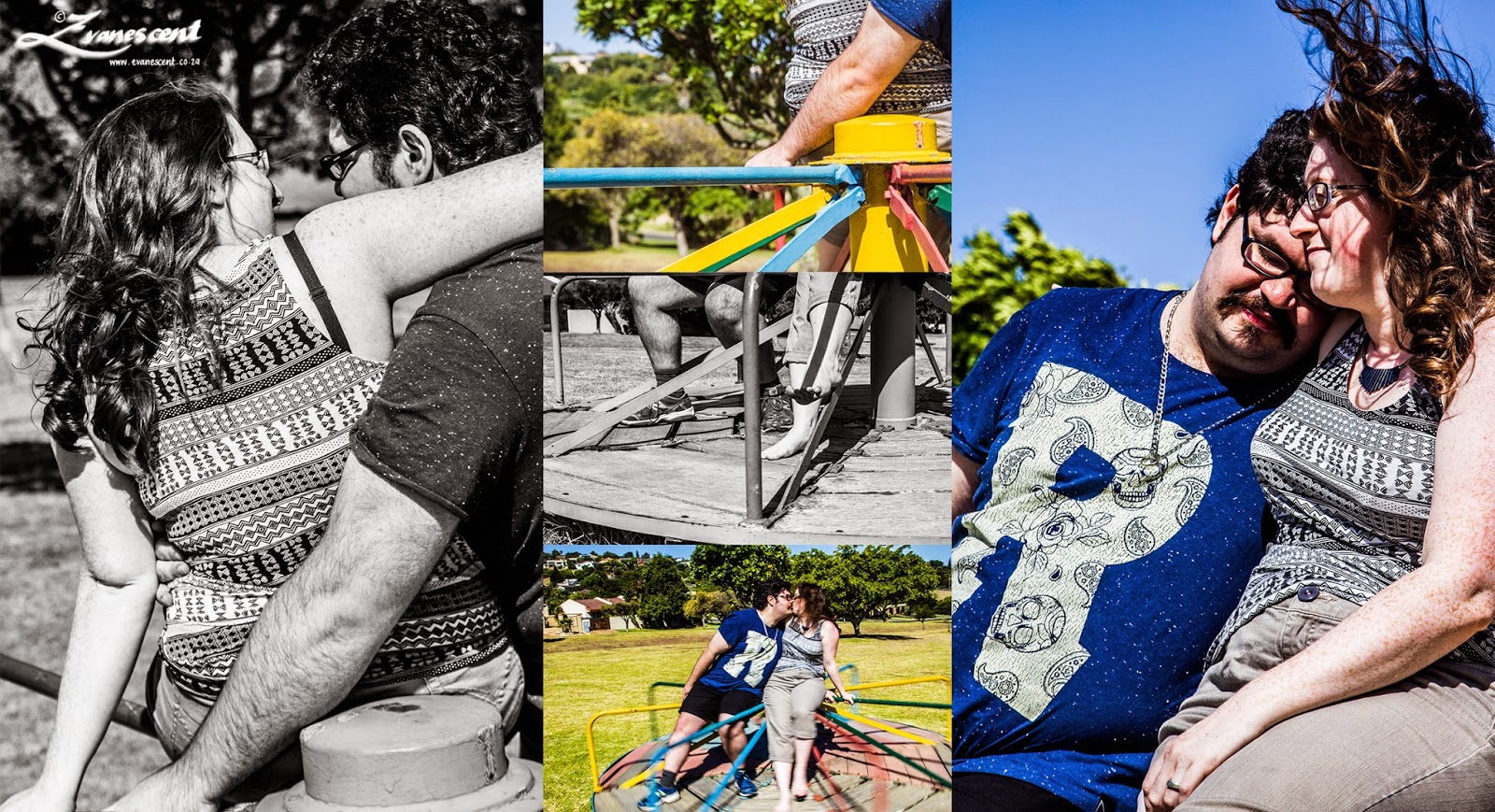 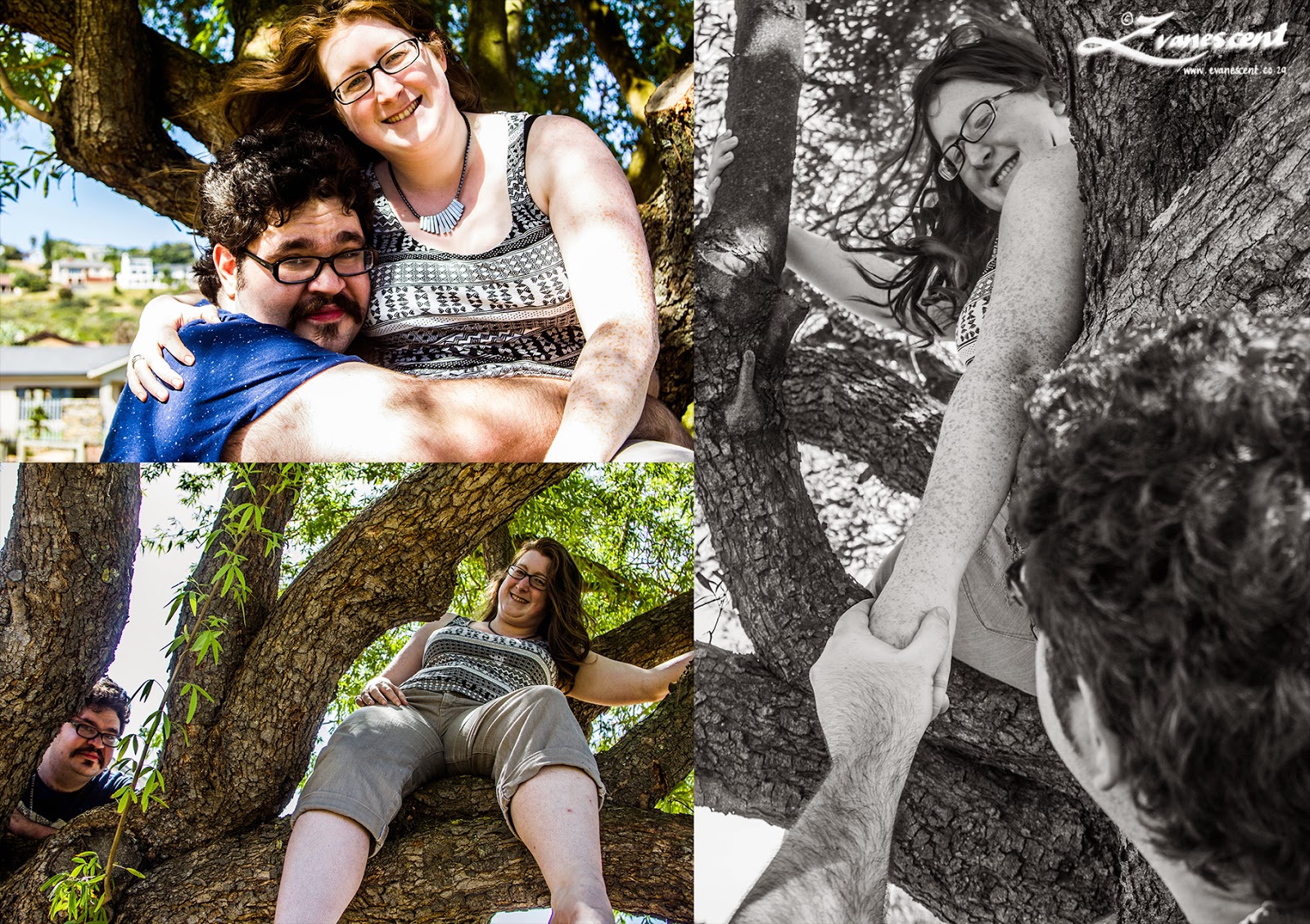 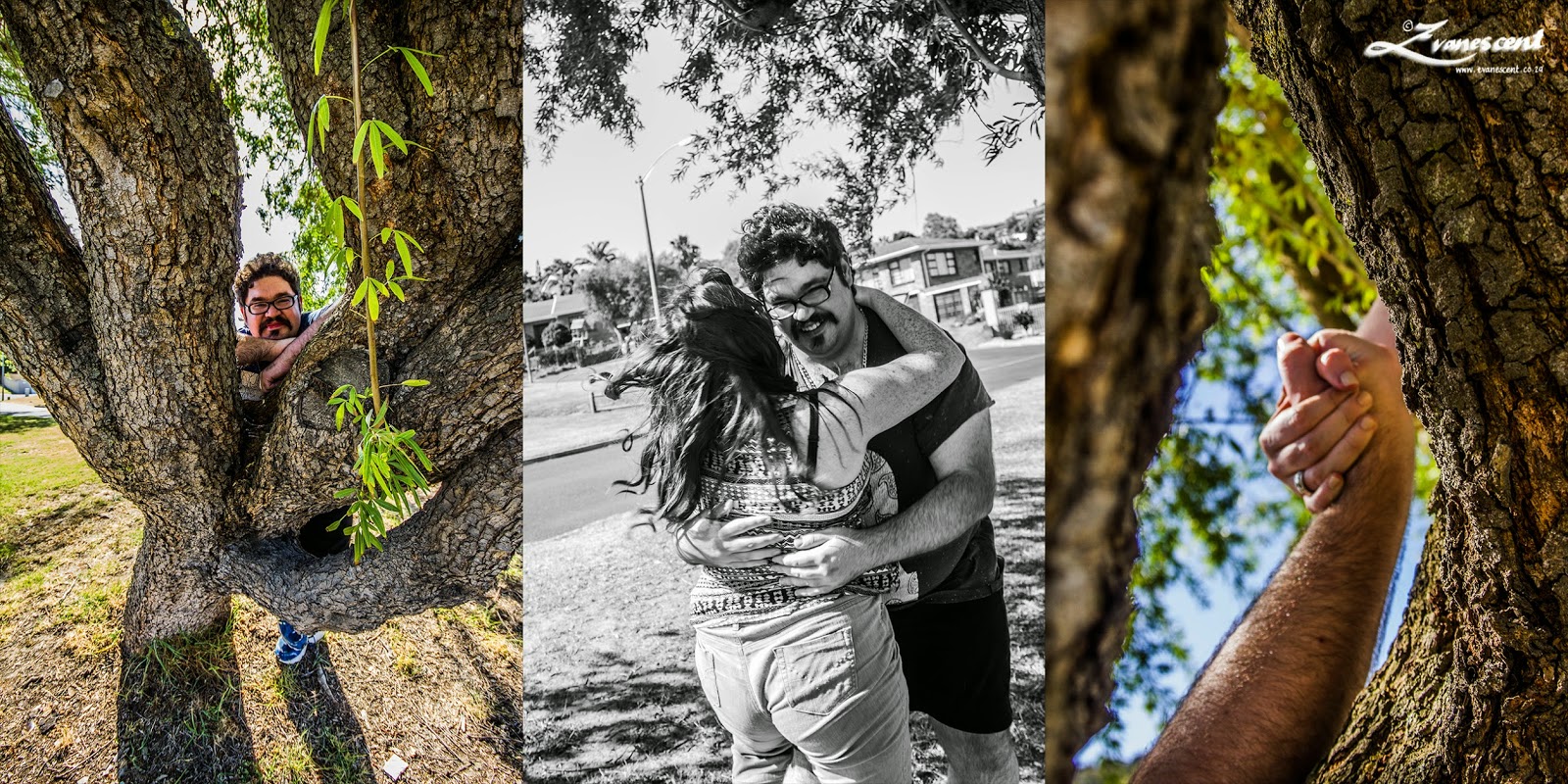 Thank you to Verne and Monique for a wonderfully fun afternoon reminiscing about childhoods, laughing and climbing trees. You guys were absolutely fantastic! This is actually the second shoot that I did with this awesome couple. Watch this space for the photographs from their wedding, coming next week.
Posted by Unknown at 8:09 PM