I was without a computer for most of the weekend, and so wasn't able to keep up to date with the photos that I was taking. While that can be seen as a bad thing, I choose to see it as a good thing - it means that now I have a bundle of photos that run together to kind of tell the story of my weekend (kind of). While I have only been gone for three days, I have decided to post four photos mostly to show off my panoramic of which I am so proud. Now that I have learned how to do it, I have been playing around a lot, and while there are some better ones that I have taken, they haven't been put together yet (I arrived back late last night, okay?!) 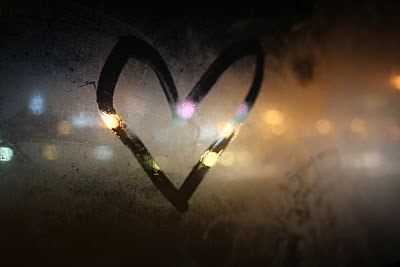 So on Friday night I boarded a bus to Seoul, and the first photo was taken in this bus. The windows fogged up very quickly and the lights were reflecting through the fogged up window in a really beautiful, romantic way. I stared at it for a long time before deciding to just go ahead and draw a heart on the window so that I could take a pretty photo.

On Saturday I headed with Adventure Korea to Tongyeong island in Gyeongsangnam-do. There we took a cable car up a mountain which had beautiful views, perfect for practicing my panoramic picture taking. This is the first one that I took. 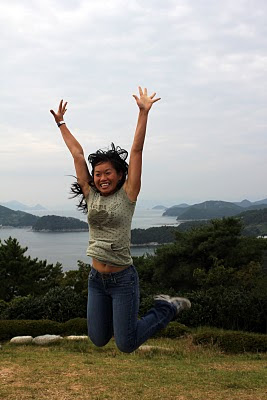 Later on Saturday, we headed to a Science and Fisheries museum, and before getting there some people had to release a bit of their extra energy. This is where my second photo comes in. This was one of the girls jumping around and posing for photos. I do not know her name. 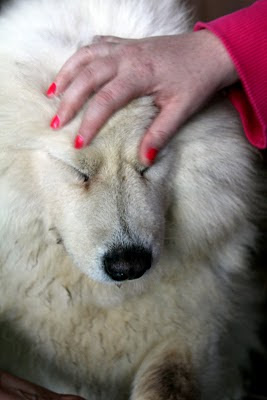 On Sunday we headed to another island which was a two hour ferry away, and we were supposed to go on a hike there. I was too tired though, and instead opted for some hot chocolate in the tearoom at the bottom of the hiking trail. There was a dog there that we fell in love with, so I felt that this day's photo should be of Rose, the highlight of my day.