So I forgot to take a photo on Friday. I had so much to do (cleaning my room) and it completely slipped my mind. But to make up for it, I spent a large portion of Saturday on a lens hunt. So, I decided that today's photo(s) would be my practice shots comparing three lenses: a wide angle, an 18-55mm and my own 28-80mm. 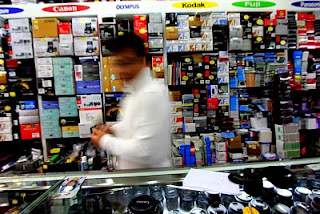 This was me playing with a wide angle lens. I never got the exact details of it, but it was pretty and I wanted it. Unfortunately, for 690,000 won second hand, there was no way I could afford it. BLEAK! 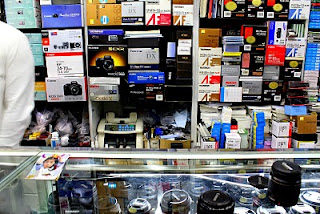 This second picture is of the second lens that I tried. When Grant and I bought the camera, we decided to get a lens that was slightly better than the kit one, and opted for the 28-80mm rather than the 18-55mm. When I went to the store, the owner tried to convince me that this 18-55mm is one that I need to have. It was very very tempting and he offered me a good price, but I had my mind set, and buying two lenses would definitely have led to some buyers remorse. 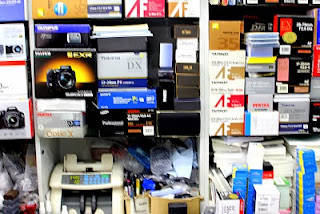 This final picture was taken with my own lens. It was a rushed shot, and not the best quality evidently, but I was standing in the same place as I was with the 18mm, so it shows the contrast between the two. I never would have thought that 10mm made such a big difference. I suppose I will probably add a lower zoom to my lens collection soon enough, but the one that I bought will do for now. Check the next post to see what lens I ended up buying and one of the photos that I took with it.
Posted by Unknown at 3:16 AM