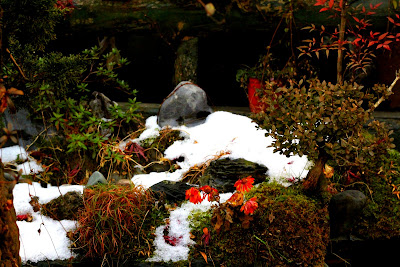 I decided that today's photo had to be of the snow. I could have put one up of the snow falling that was taken from my school, but instead I decided to put up this one of the little snow covered zen garden and bonzai tree up the road. There is reason for the high ISO - it is called silliness. I raised the Aperture to cut off some of the overly bright sunlight that was coming in, but forgot to change the Shutter speed and ISO. Thankfully, I think it still turned out okay.