When my camera battery died at the wedding (a mistake that I am hitting myself over the head for, even now), the first thing that the groom did was to whip out his camera and tell me to start taking photos with that. I took one look at it and my expression must have shown my disappointment. "I know it's a piece of junk compared to yours..." I tried to stop him right there. His camera is no piece of junk. It is a pretty decent Fujifilm, a lot better than the camera I was using before I got my Canon, and certainly more than your average point and shoot. It wasn't the camera that I was upset about. It was the flash.

I hate my own on-camera flash, and there is a good reason for this! You know those photos where the faces of the people in the front are completely over-exposed and the background is pitch black? What about those ones where just about every person has there eyes shut from the shock? Yeah, those are the kinds of photos that you get with an on-camera flash. It doesn't matter if you are using a Fujifilm point and shoot or a Canon 550D, the results are going to be fairly similar. Until recently, I thought this meant that I hated flash photography. And then I played around with the Canon Speedlite 580EX.

I managed to get my hands on one of these babies specifically for the wedding, My boss at work just happened to have one lying around and said that I could borrow it for awhile. And I was dubious. I did not like flash, I did not want to use flash, I knew that it was just going to be disastrous. For a good day or two I just sulked about the matter not wanting to try. And then I pulled myself together and got shooting and practicing... and found that flash photography is actually a lot of fun when you have a decent flash!


It does take awhile to get used to bouncing the light and positioning the flash for the best effects. I blinded more than one person by capturing a shot when the flash wasn't at the right angle. I also got more than a couple of blank photos when I tried to take pictures with the flash too quickly after one another. And yet, the photos that I did get came out so well that I was really happy. No more over-exposed foreground and under-exposed background!

Of course, getting the background right also took a lot of practice. It is about more than just pointing the flash in the right direction. You also need to have your shutter speed and aperture settings down to a tee. Why? What ends up happening, especially in manual mode, is that the flash ends up only providing fill light for the picture. What this means is that the flash will only try to illuminate at a short distance, as most on-camera flashes do. But the difference is that it will also allow you to adjust your own settings to ensure that the background is equally well lit. This means that if there is little light, you will still need to shoot at a low shutter speed and with a wide aperture to ensure that the background is well lit. It also means that you will often need to bring your tripod along even when you are doing flash photography. 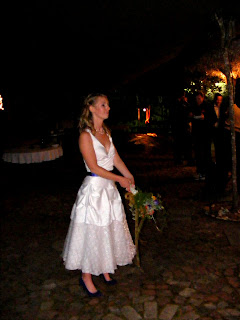 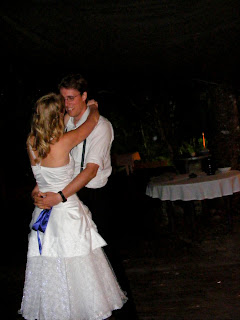 So what is the benefit of having a flash if you are still going to have to lower your settings? Well, the ISO will certainly be lower, and even if your background is slightly under-exposed, it is still a lot better than having a well exposed, completely blurry photograph or having an over-exposed, completely clear photograph with a black background.

So, what kind of flash do you want? To be honest, that's going to depend entirely on you. You can get some of the lower end flashes which just attach to your camera and acts as a stronger flash, but with the ability to add bits and bobs that will adjust the light the way you want it to be. You can get a mid-range flash which you can connect to your camera or can be held away from your camera and pointed in a specific direction that way (attached via a cable of some sort).  Or you can get one of the high-range flashes (like the Speedlite 580EX) which can swivel in any direction as well as doing all of the above. I have decided that after playing with the 580EX, it is the only way for me to go. It was far too much fun to ignore!

And so, I have a list of gear that I am scouring Bid or Buy for. First of all it's going to be a spare battery so that there won't be any more stupid mistakes. Second is going to be my Speedlite 580EX flash. Third is going to be a nice wide angle or fish-eye lens, and for the last two I am going to have to save up a ton.

Let me know what is on your photography wishlist!
Posted by Unknown at 8:44 PM