I read a blog post today by one of the bloggers that I follow, and it was about what he carries in his camera bag. It was a long list, and it definitely got me thinking about things that I'd like to have, but also about what I have in my own camera bag, so I thought I would go ahead and give a little breakdown to show what I carry around with me. All photographs, by the way (with the exception of my business card), courtesy of Google searches for the products being described and none of which were taken by me I am sorry to say.

First of all, when talking about what I have in my camera bag, I suppose I should start off by talking about the bag itself. Until recently I have been carrying my gear in the stock standard Canon bag that came with my lens, which managed to fit my camera, the flash that I have been borrowing and three lenses (one on camera) at a squeeze. On my recent trip to Cape Town, my Dad offered to let me take his older Lowepro EX 180, and it has proven to be the best bag for me (for the moment anyway). It comfortably fits my camera, four lenses, the flash and all of the extra bits and bobs like batteries, charger, cable release, business cards and more. I have yet to find myself short on space, and it is barely larger than the bag I was using before and infinitely more comfortable. I am sure that in the years to come, I will be looking at getting something bigger, but for where I am now it is a perfect fit for me.

Next I'd better talk about the camera itself. I only have one DSLR that I carry with me everywhere, and that is my Canon Kiss X4, also known as the Rebel T2i and the 550D. It is a pretty mid-range, beginner DSLR, and it is the camera that introduced me to photography. I bought it back in 2010 while I was in Korea, and it has grown on me to the extent where I never want to put it down. It is one of the loves of my life, along with Grant and Puddims, and though there are better cameras out there, I am not looking at getting a new one anytime soon. My Kiss X4 is my baby for now. On to the lenses! First of all, the lens that I use most often is my Canon EF 24-85mm f/3.5-4.5 USM zoom lens. It is a lens that was given to me by a good friend of mine in Grahamstown (or someone that I consider to be a good friend, though he may think of me as more of a leach on his talent), Mr. Paul Mills. The lens itself is not in top notch condition, the reason he gave it to me being that it fell at some point, breaking the manual focus ring. It still works, but with difficulty, and I have managed to master it in my own way to make it work for me. It has replaced my original 28-80mm lens, and I have never really looked back. One of my favourite lenses is my Canon EF 50mm 1.8 ii Prime lens which I bought while I was in Korea. I was a little silly when I got it, because I should have splurged the extra cash and bought it new, but instead I chose to get it second hand, and over time the lens itself has started to give me problems. But that does not stop it from being one of the most fun lenses that I own, and one that I use to give me a new perspective on life. It is wonderful in low-light situations and a lot of fun to play with, a good reminder that feet are the best zoom that a person can have.

My new baby (when it comes to lenses) is the birthday present that my parents got me this year, which is my Sigma 10-20mm f/4.0-5.6 Wide Angle which I am looking forward to having lots of adventures with! A wide angle has been one of my wishes for so long that it feels as though a world of possibilities has opened up before me, and I can't wait to take a nice long trip just so that I can test it out the way that it should be tested, on the open road.

My fourth lens, and the one used least often these days, is my Sigma 70-300mm f/4-5.6 Telephoto lens... although technically I can't call it mine since it is still on indefinite loan from my father. This is the joy of having a dad who understands photography and the costs of starting out - lenses on loan. Though I do find this lens to be good for a bit of Macro photography, I don't get a chance to use it often considering that I take portraits for the most part. And though a telephoto can give you the advantage of being able to take photographs from a distance, giving your subject the space that can so often let them be more themselves, I find that I haven't had a chance to use it in my photo shoots... yet. I still carry it with me should the need arise, and I look forward to the day when it will come in handy to capture that perfect moment from a distance.

To add a little spice and a little fun to my lens collection, while I was in Korea, I bought a set of extension rings to add to my collection. Though I don't use them nearly as often as I used to, with it being so much easier to flick the switch to Macro on my telephoto lens than dismantling the rings and changing, taking off and putting lenses onto the rings, I still find them a lot of fun to play around with and I've written a few blogs about them. I still carry them in my bag because, as I found out at a wedding last year, they can definitely come in handy.

With the lenses out of the way, it is time to get down to my other gear, or at least the gear that I carry with me. First of all is the flash that I have on loan as well (have you noticed how I have amassed most of my gear through borrowing, loaning and just pure luck? Because going over this, I have!) It is a beautiful Canon Speedlite 580EX which is on loan from my boss at work, and which works particularly wonderfully together with my new studio lighting (another birthday gift that I am looking forward to practicing with). With a tilt range that is practically perfect, it is the ideal on and off camera flash, and is an item that I would love to own for myself one day. For the moment though, I am just happy to get to use it on occasion and keep it in my camera bag until Dianne needs it.

Speaking of my birthday present, part of it is my new Elinchrom EL-Skyport Speed Transmitter which will live in my camera bag from now on rather than in the studio itself. It is what ties the flash to the new lighting system, and ties the new lighting system together overall, and though I have only played around with it so far, it is what is going to bring my studio photography to the next level. I can just tell.

Next up is my Aputure Shutter Release Cable that I bought for myself to try and attempt some astral photography, which I have only gotten around to once since the purchase. But this little device has been used for self-portraits and random odd-jobs that I would never have expected, and is one of the cheaper, but more useful purchases that I have made. 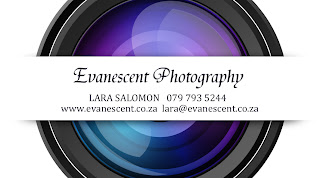 Along with the pieces of equipment, there are one or two other bits and bobs that I store in my camera bag, and this includes 3x memory cards, a second camera battery, a charger (not going to be caught without with that again!), camera and lens covers and, finally, some business cards (which I am also now storing in my wallet and my handbag since being stuck one too many times without them and looking a real fool talking about being a photographer and not having a card to give out.


And that is it! That is the gear that I have on me at all times, and next time I may go into talking about the equipment in my studio, particularly once I have given the new lighting system a real try instead of the playing around that I did on Sunday.