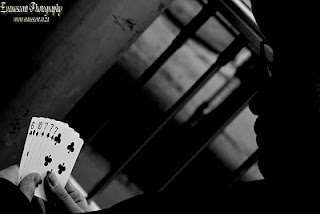 The first word that sprang into my mind when I met Ross was a fairly obvious one - “short”. It was the first thing that I noticed about him, and I was quite fond of pointing it out. Being the shortest of my friends, it was nice to find someone who could make me feel a little taller (if not just more normal) than usual. The rest of the evening was spent calling him “Little Man” and it was only somewhere around 11pm that I actually learned his name. He didn't take it too seriously, and that night was the beginning of a great friendship.

When I first thought about putting together a portfolio of my pictures, Ross was the first to jump in with both feet and suggest a photo shoot. It would be my first attempt at a photo shoot and, not being a particularly bossy person (though I am sure that some people will disagree on that front) I was not used to telling people what to do. I had become used to taking fortuitous shots – seizing the moment when it would let me, and this meant that I had become used to blurred shots as people turned to talk to someone else, shots where peoples eyes were closed, shots that basically did not come out the way that I had imagined them, but were captured moments nonetheless. Making my own moment to capture would be something completely different – I could position the person, tell them what to wear, how to stand, where to look, what to do, and it was a sense of power that I would have to become accustomed to if I ever wanted to be a pro. Ross was going to be my photography crash-test dummy, taking the brunt of my insecurity and nervous uncertainty and therefore having to bounce from place to place as new ideas entered my mind. 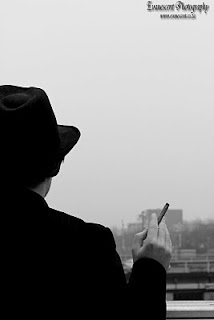 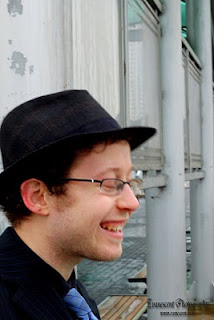 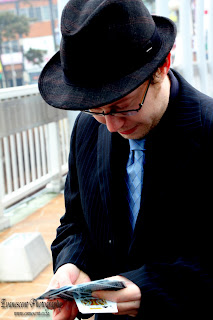 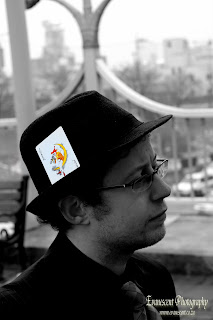 First thing was first – a wardrobe needed to be decided upon. I had a couple of different ideas for my photo shoot with Ross, and only ended up using two of them. The first was to bring out his debonair side by dressing him up in a suit and gangster-style hat and taking him to what is fondly referred to as Fish-Bone bridge for some shots of him looking out over the city, smoking cigars and generally just playing around. One of my favourites from this shoot is a picture where he was trying to hold smoke in with a serious face and started coughing, quickly leading to laughter. It is the kind of one-of-a-kind picture that captures a personality perfectly. 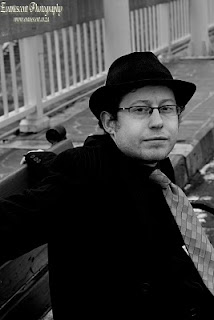 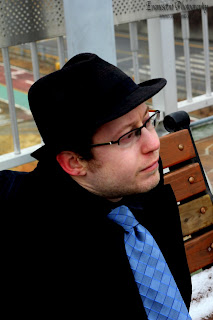 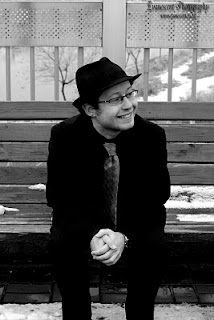 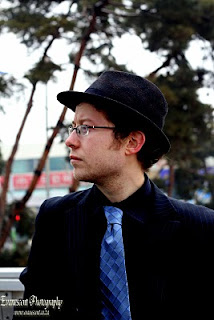 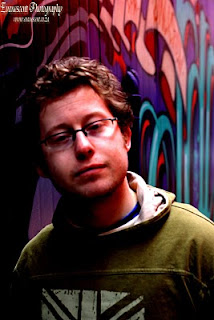 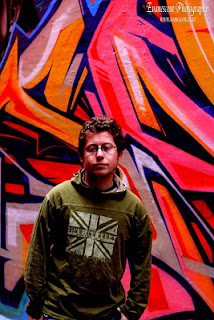 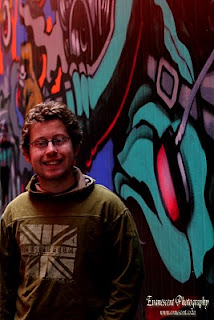 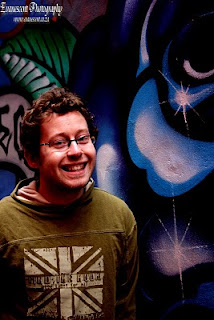 The second shoot was definitely a fun one – I had found a graffiti-ed area downtown and took him there with his second set of casual clothes – jeans, a hoodie and a t-shirt – and started snapping brightly coloured shots in different positions. As the area was rather small, there was a limited number of shots that could be taken, but I took them all and had fun doing so, and I think so did he. The cheeky side of his personality shone through and it ended up being a lot of fun. 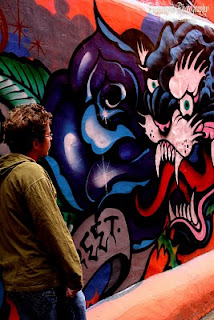 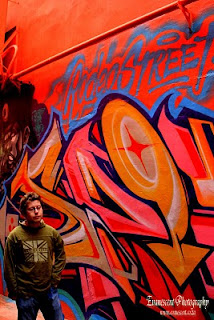 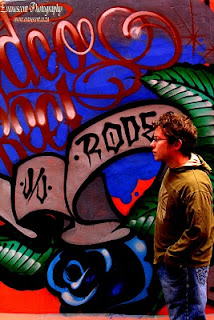 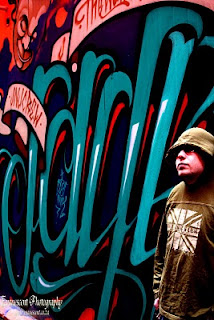 I learned a lot about Ross that first night that we met. Soon the first words that came to mind when I thought of Ross were “rocket scientist”, “cheeky” and “witty”, and I think that the pictures I ended up taking capture those sides of his personality more than the title of “Little Man” ever could.